Airbus Helicopters saw orders and deliveries slide last year as the rotorcraft market showed continued weakness in both the civil and military sectors.

However the most alarming sales decline came in the heavy segment – comprising the H225 and its military derivative – where order intake plunged to just two units, from 32 the year before and 33 in 2013.

That fall is indicative of the state of the offshore transportation market where plummeting oil prices – down to $31 per barrel on January 25 – have caused a huge reverse in a previously booming market.

There was, however, better news for the super-medium H175, which gained 36 orders in 2015 – up from eight in 2014 – including its first for a search and rescue variant, with a seven-helicopter order from Hong Kong’s Government Flying Service. 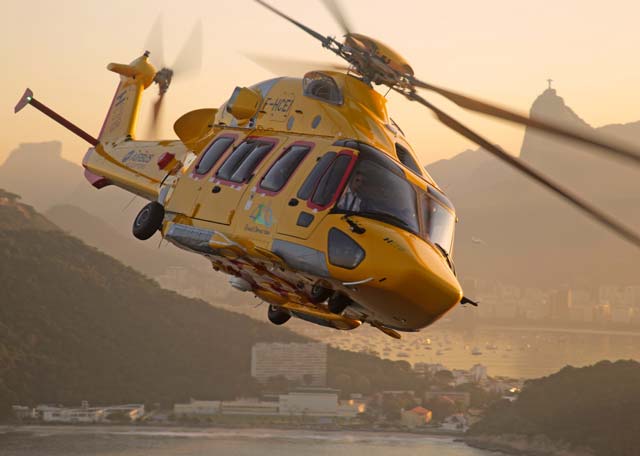 Orders for other major programmes were broadly flat, with the other notable decline shown by the H155 family, which pulled in just 13 orders, falling from 28 in 2014. However that may just be a reversion to the long-term trend, given only 17 were sold in 2013.

The H155 gained a more secure long-term future in 2015 with the announcement it will form the basis of Korea Aerospace Industries' new light civil/light armed helicopter programme.

Airbus Helicopters says this will be an “evolution” of the H155, with “several hundred units” to be produced for commercial and military applications.

New developments were also launched in 2015: the heavy X6, which is in a concept study phase, and the H160 where two flight-test prototypes have now been produced. The second of these – the first to be fitted with the Turbomeca Arrano engine – is scheduled to fly “in the coming days” says the company.

Airbus Helicopters remains the leader in the civil and parapublic market, having gained one percentage point of market share to 45%, while its share of the military segment slipped two percentage points, to 9%.