The single-engined helicopter comes with a wing and two ducted pusher propellers on its aft fuselage. During high-speed flight the wing provides up to 50% of the rotorcraft’s lift. 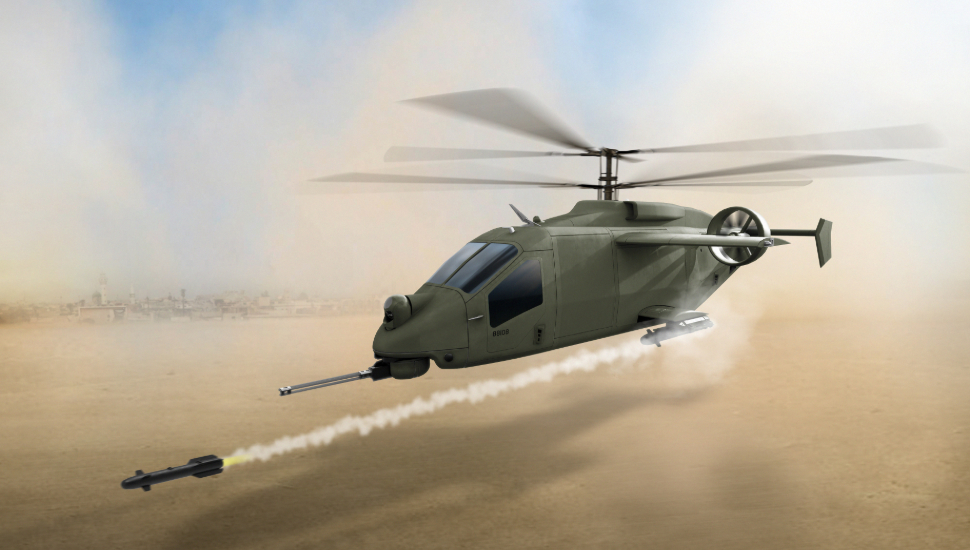 “The Sikorsky design is a very stiff in-plane and out-of-plane rotor system, and ours is more of a conventional soft-in-plane rotor system. So what that means is the vibrations and the loads that go into the transmission and the airframe are much lower,” he says. “That allows us to have a lower empty weight design, so you get more lifting power out of the engine.”

“We have a flat pack transmission. Vertically, it’s a short design,” says Goodman. “What that allows us to have is an open cabin concept.”

As part of the partnership, AVX Aircraft is leading aircraft design, while L3 Technologies is focused on the rotorcraft’s systems architect, weapons and sensors integration, as well as production processes and quality control.

AVX Aircraft, a startup that was founded in 2005, believes it can instill confidence in the US Army by leaning on L3 Technologies’ reputation and know-how.

“All that large company infrastructure is there [in L3 Technologies],” says Goodman. “We can leverage that going into the prototype and production programme.”

AVX Aircraft declined to disclose its proposed rotorcraft’s likely performance, though the company says it will meet 100% of mandatory requirements.