The air force plans to establish a $980 million programme to replace its aging Huey fleet, including those that shuttle top government officials around Washington, DC. Bell says the requirements as discussed so far point to its modern UH-1Y Venom combat utility helicopter as a viable replacement option.

The twin-engined utility aircraft is currently in production for the Marine Corps, and other in-production military helicopter options being pitched to the air force include the Sikorsky UH-60M Black Hawk and Airbus UH-72 Lakota. 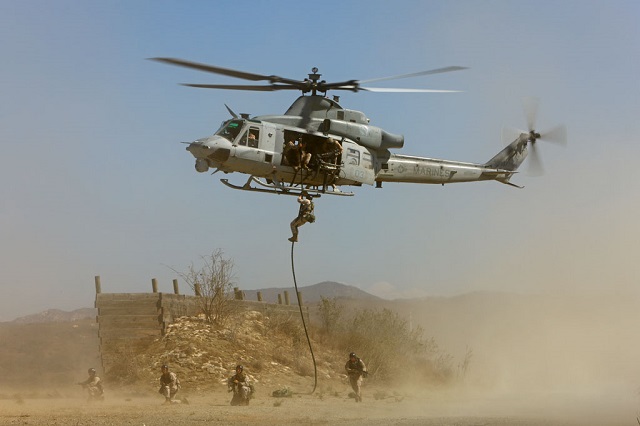 In a recent interview, Bell Helicopter’s H-1 business development manager Scott Clifton said the modern Huey has twice the range and three times the carrying capacity of the UH-1N, and would be an attractive offer if the air force decides it wants one military airframe to perform Minuteman security and VIP transport missions.

Alternatively, the company would offer a customised, commercial Bell 429 helicopter for a plusher ride around the nation’s capital, and then the UH-1Y or perhaps even the commercial derivative (Bell 412) for the security and convoy escort missions in the missile fields of Wyoming, Montana and North Dakota.

“It really comes down to what the air force wants,” Clifton says. “If they don’t mind having multiples, I can fit exactly what they need into an aircraft we already have in production.” 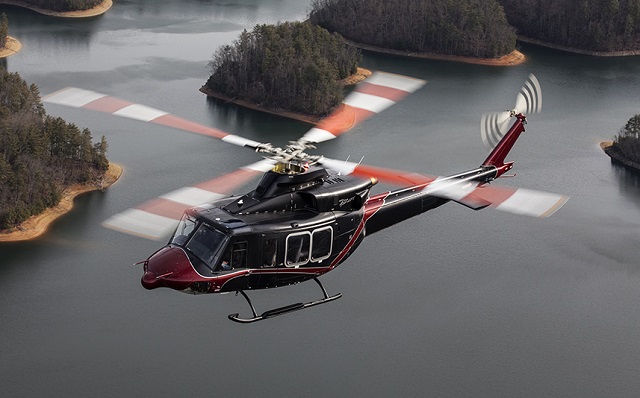 What the air force wants in a Huey replacement is a question industry has been trying understand for the past decade. There have been multiple attempts to procure a new helicopter, most recently through the common vertical lift support platform (CVLSP) programme that was cancelled in 2012 due to spending cuts.

The Marine Corps completed its phase out of the UH-1N Huey last September, with Bell delivering about 110 Yankees to date. Clifton says the marines are purchasing 160 aircraft, and the company needs additional US government orders and foreign military sales to keep UH-1Y production humming into the next decade. A sizable air force order would be a boon for Bell.

The air force has been assessing affordable options for replacing the Huey since terminating CVLSP, and one strategy being considered would repurpose old Army UH-60A Black Hawks. Industry, though, would prefer to beef up their production lines with a new-build aircraft order, contending that a new helicopter would have a reduced life-cycle cost and higher availability rate. 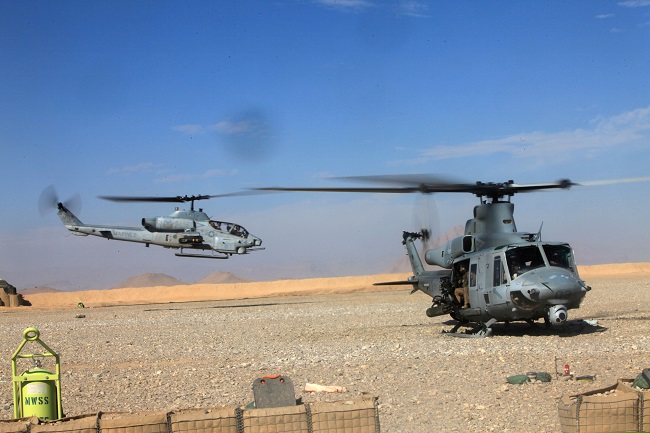 The air force says it would cost $980 million to replace its 62 Hueys with restored Black Hawks, and that amount has been requested in its latest long-term spending plan. But earlier this year the service said it would consider all “non-developmental vertical lift aircraft,” including government-owned and commercial options. That analysis is expected to wrap up in July, only to inform a follow-on assessment and final acquisition strategy, the air force says.

If the air force did decide to go with a new production aircraft, Clifton says it would probably need more than $980 million. However, the service could get by with fewer aircraft because of improved availability rates. “You may not need 62, maybe you could have less,” he says.

The unit cost of a new UH-1Y is $24 million, which includes a fully-equipped combat mission suite with side-mounted guns and a sensor ball on the nose. A VIP transport configuration would come at a different price. The Y-model weighs 18,500lb, about 8,000lb more than the UH-1N, and it can carry 8 to 10 passengers depending on the seating configuration. The Yankee’s twin General Electric T700 engines carry it 50% further than the N-model with 125% more payload onboard.

Clifton says it may be ironic to replace a Huey with another Huey, but the air force has already proven it likes the aircraft, with one N-model recently surpassing 16,000 flight hours. “If you switch horses, you have to buy all the stuff that goes with it,” he says.

There are currently 25 Hueys assigned to the missile security mission, and the so-called “continuity of government” mission is performed by 20 Hueys stationed at Andrews Air Force Base in Maryland.