XTI began a crowdfunding campaign on the website startengine.com on 25 August, soliciting contributions that will be converted into shares after the company holds an initial public offering.

It plans to register with the US Securities and Exchange Commission (SEC) within a “few months”, says XTI vice chairman Jeff Pino, a former president of Sikorsky.

If the SEC approves the filing, the investors who contributed on startengine.com can turn “expressions of interest into share purchases”, Pino says.

More discussions are under way with vendors, which “will lead to building a prototype”, the company says in a news release. 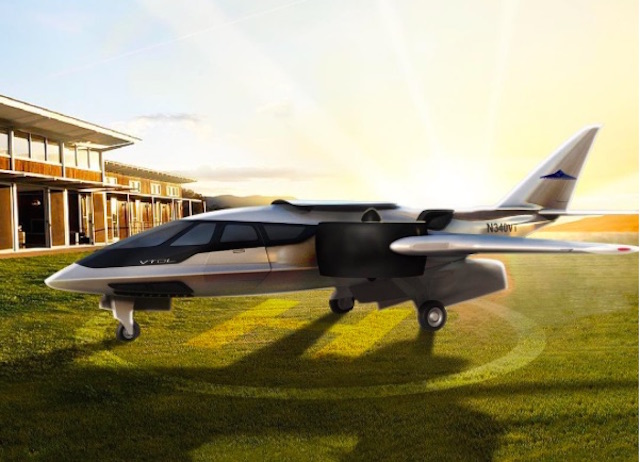 XTI began developing the TriFan 600 in early 2013, seeking to design an aircraft with business jet-like speed and the take-off and landing performance of a helicopter. The company claims the TriFan 600 will become the first certificated vertical take-off aircraft, perhaps drawing a distinction between it and the developmental AgustaWestland AW609 civil tiltrotor.

The six-seat TriFan design includes two turboshaft engines powering three ducted fans – including two articulating systems embedded in the wing – and a fixed ducted fan encased in the aft fuselage. The aft-based fan appears to provide vertical thrust, with assistance from the fans in the wings. Those fans also rotate 90 degrees to provide forward thrust.

XTI’s management team includes Pino and other aerospace industry leaders, such as former Cessna president Charles Johnson. Dennis Olcott, former vice-president of engineering for failed start-up Adam Aircraft, is a board member for XTI and chief of engineering.

The company’s founder is a Denver-based lawyer and popular science author named David E. Brody. In addition to a legal practice focused on the oil and gas industry, Brody has heavily invested in start-ups marketing ducted fan technology for military and commercial aircraft.

In 2005, Brody also founded AVX Corp, which initially proposed to re-engine the Bell Helicopter OH-58 Kiowa Warrior with ducted fan engines. The army never accepted the offer, but AVX went on to participate in the competition for the army’s joint multi-role technology demonstrator (JMR-TD).

The army ultimately selected competing designs offered by Bell and a Sikorsky/Boeing team, but AVX continues to be involved in science and technology projects funded by the army.