The Croatian air force has received its first batch of ex-US Army Bell OH-58D Kiowa Warrior helicopters, which were ferried to Zadar-Zemunik air base on the Adriatic coast on 30 June.

A US Air Force Reserve Command Lockheed Martin C-5B Galaxy delivered five examples of the rotorcraft that were built between 2010 and 2012, plus one simulator, the Croatian ministry of defence says.

The donation of the rotorcraft is worth some HRK97 million ($14.5 million), and covers the acquisition of 16 Kiowa Warrior examples, three simulators and spares. The budget was approved by the Croatian government in May 2016, and falls under budget years 2017-2020. 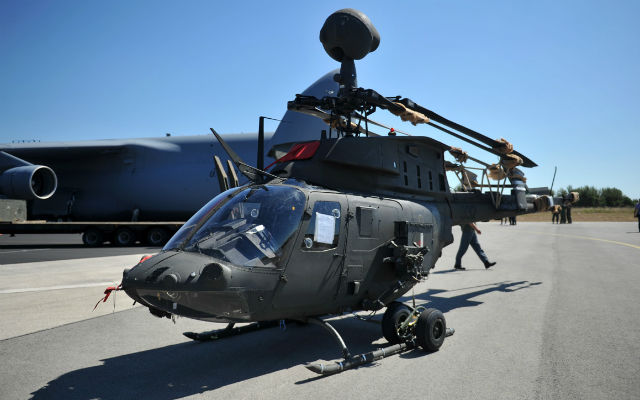 Training of Croatian instructors and maintenance personnel, meanwhile, is valued at $3.8 million and will be provided by certified civilian contractors under US funding.

Croatia previously showed interest in acquiring surplus US Army Sikorsky UH-60 Black Hawks to replace its Mil Mi-8/17 fleet, and it was expected that Zagreb would transfer its older fleet to Ukraine or another NATO nation. However, the proposal has seemingly been abandoned or at least shelved for an unspecified period. 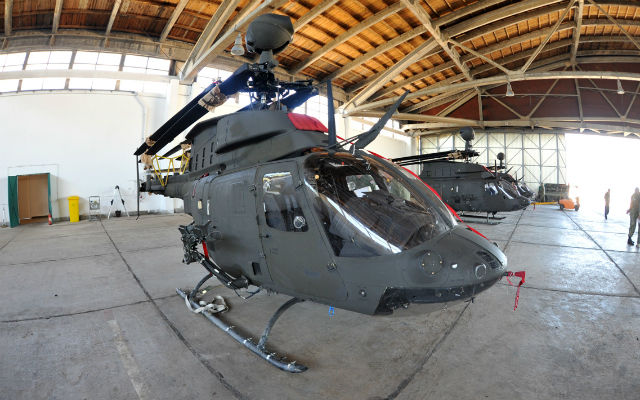 The US Army is retiring more than 300 OH-58Ds as outlined in its 2013 Aviation Restructure Initiative that favoured the Boeing AH-64D/E Apache combined with Textron RQ-7 Shadow unmanned air vehicles for its armed aerial scout role.

Croatia becomes the first nation to receive OH-58Ds under the US State Department’s Excess Defense Articles framework, to be followed by Tunisia, which is receiving 24 examples.

Tunisia has also received authorisation for the possible sale of a weapons package including 10 Lockheed AGM-114 Hellfire missiles for integration on-board its Kiowa Warriors, valued at some $100 million.