The Government Accountability Office (GAO) denied a MD Helicopters protest of the decision by the US Army Future Command to not contract with the company to develop a Future Attack Reconnaissance Aircraft (FARA) competitive prototype.

MD Helicopters had protested that the US Army did not grant it an Other Transaction Agreement (OTA), claiming that the service “unreasonably evaluated its proposal, and otherwise failed to reasonably promote small business participation.” 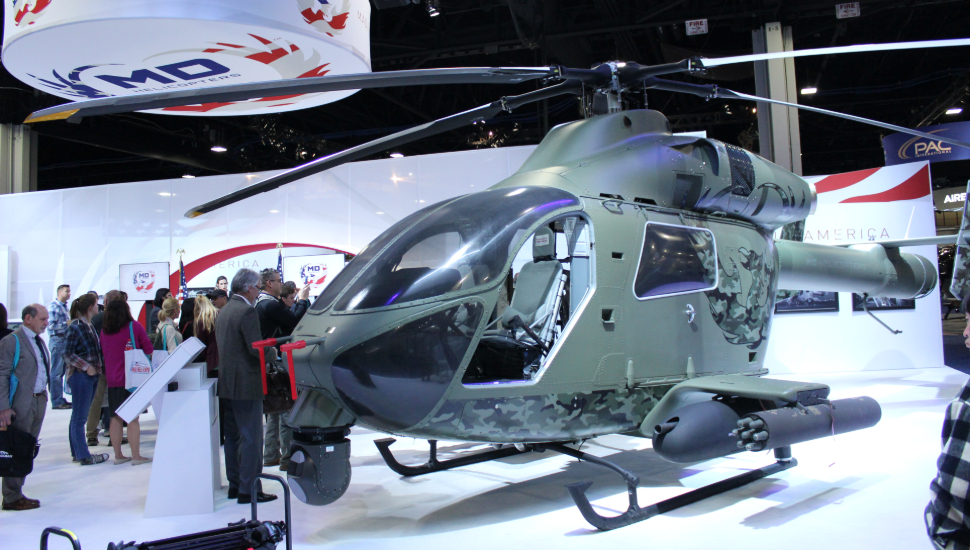 The GAO declined to review the protest because it says as a matter of policy it does not review the award of non-procurement instruments, such as prototype contracts, issued under an agency’s OTA authority.

The US Army formally solicited FARA proposals from the aviation industry in October 2018. The aircraft the service seeking is comparable in size to Future Vertical Lift Capability Set 1, a light-attack and scouting aircraft with a minimum internal payload of six passengers.

The US Army had said in its notice that it anticipated in FY2019 making four to six initial awards based on proposed conceptual designs and approaches. Then, industry participants will have approximately nine months to develop preliminary designs and provide the government with data and insight required to select two companies or teams for the next competitive phase.

MD Helicopters announced in March 2019 that it was developing a wing-equipped variant of its tail rotorless, twin-engined MD902 Explorer – called Swift – to help it meet the speed requirements of the FARA programme.

As a first step, the company was aiming to gain Federal Aviation Administration type certification for the Genesys Aerosystems glass cockpit in the militarised MD902 variant - the MD969 Combat Explorer - by the end of 2019. The company wanted to have a prototype Swift built by the end of the year, with ground and flight testing to begin quickly in the months after.

It is not clear if the US Army’s decision and the GAO’s protest denial knocks the helicopter maker completely out of the FARA competition, though it is certainly a setback. MD Helicopters did not immediately respond to a request for comment.