A pair of the rotorcraft have been deployed at short notice to support Indian air force operations from Leh, says HAL. 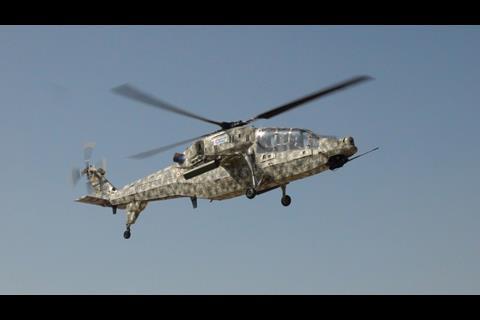 The LCH carries a 20mm cannon, and can be armed with rockets and anti-tank missiles 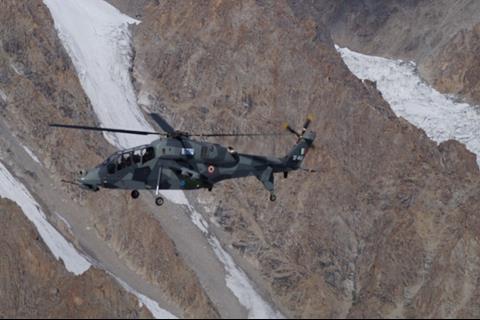 HAL expects an order for 15 LCHs, with ten for the air force and five for the army 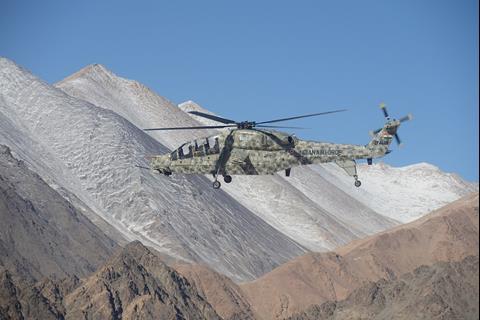 One activity saw the vice chief of the country’s air staff, Air Marshal Harjit Singh, and a HAL test pilot take off from a high-altitude location for a simulated attack against a high-altitude target.

Leh’s airport is among the highest in the world, at an altitude of 10,682ft.

“LCH is a potent weapon platform because of its state-of-the-art systems and highly accurate weapons that are capable of hitting any type of target by day or night,” says HAL.

“The other features of LCH include its ability to operate in the complete ‘Area of Responsibility’ and altitudes. It has capability to carry adequate weapon load at high altitudes under varied conditions. All these characteristics make it most suitable for hot and high altitude operations.”

According to HAL, the Indian air force and army require 160 LCHs, and the nation’s Defence Acquisition Council has approved the acquisition of an initial batch comprising 15 Limited Series Production (LSP) examples, of which 10 will go to the air force and five to the army.

“Technical evaluation and the price negotiations have been concluded and the order is expected shortly,” says HAL. “However, as a proactive measure HAL has launched production of LSPs in anticipation of orders at its Bengaluru facility.”

The 5.8t LCH is designed with a twin-tandem cockpit, a bearingless tail rotor, glass cockpit, 20mm gun in a chin turret, 70mm rockets, MBDA Mistral anti-tank missiles, and an electro-optical/infrared targeting pod. Survivability features include ballistic protection and other measures intended to minimise its visual, aural, radar and infrared signatures.