The IOC milestone was announced at the Aero India event in Bengaluru on 5 February, according to HAL. 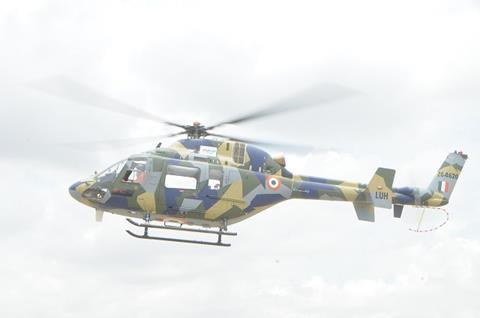 To obtain the IOC, the LUH had to pass a series of tests including flight tests in hot and cold conditions, as well as trials at various altitudes and temperatures.

Powered by a single Safran Helicopter Engines Ardiden 1U, the LUH is capable of Himalayan operations. The model will replace ageing HAL-built Cheetah and Cheetak services operated by India’s military.

HAL is in the process of integrating and flight-testing mission systems for the LUH.