The decision taken by New Delhi's Defence Acquisition Council on 13 May to manufacture Russia’s Kamov Ka-226T "Sergei" light helicopter in India brings to a close a long and torturous saga to procure 197 reconnaissance and surveillance helicopters (RSH) for nation's army and air force.

The army and air force have had pending requirements for over a decade to acquire 133 and 64 RSH aircraft, respectively, to replace their ageing Hindustan Aeronautics (HAL) Cheetah and Chetak light helicopters.

Kamov's Ka-226T is to be acquired via a government-to-government deal, which will also lead to the creation of a joint venture between HAL and Russian Helicopters. 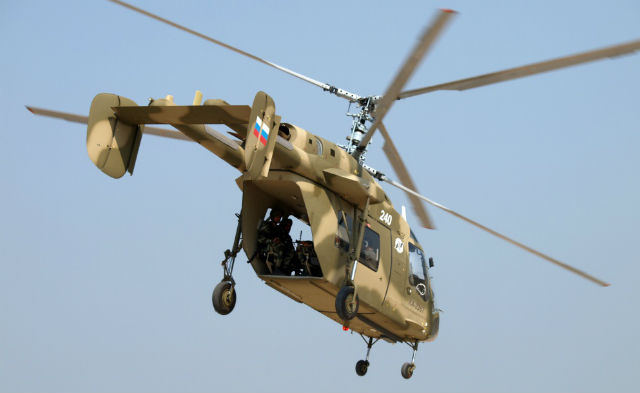 A production capacity of 30-40 helicopters per year is envisaged, with a requirement for indigenous content to amount to 30% within three to four years of work commencing in India.

The Ka-226T is fitted with Turbomeca Arrius 2G1 engines. HAL has an existing separate partnership with Turbomeca for the production of TM333-2B2 and Ardiden 1H1 (Shakti) engines in Bengaluru.

Once introduced, the co-axial Ka-226T light helicopter will be used by the Indian services for roles such as armed reconnaissance, the direction of artillery fire, insertion of quick reaction teams for special missions, plus forward air control and casualty evacuation.

HAL has built more than 600 examples of what was originally the Aérospatiale SA315B Lama (Cheetah) and SA316 Alouette III (Chetak) since launching licensed production at its helicopter division in the 1960s.