The vessel last sailed under her own power in July 2016, and the fighter compliment of British Aerospace Sea Harrier FRS51 fighters were phased out in May 2016. 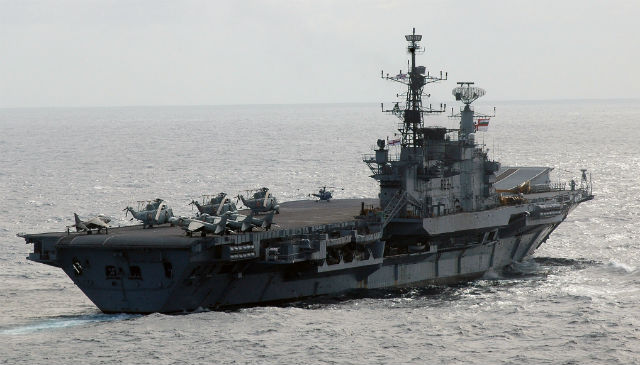 While the fate on INS Viraat remains uncertain (her predecessor INS Vikrant was broken up for scrap in 2014); the Sea Harriers will be displayed at various Navy commands and training establishments. A sole example is already on display at the Naval Air Museum in Goa.

The Indian Navy is now left with a sole operational aircraft carrier in INS Vikramaditya (formerly Admiral Gorshkov), on which Russian MiG-29Ks are embarked.

Originally commissioned as HMS Hermes in 1959, it was the last of the Centaur Class aircraft carriers and sailed as the flagship of the Royal Navy during the 1982 Falklands Campaign.