The Israeli air force has confirmed for the first time that an advanced missile approach warning system has been incorporated as part of the 2025 upgrade programme for its Sikorsky CH-53 transport helicopters.

Developed by Israeli industry, the new defensive capability is referred to by the service as the Dragon Block 3. It is designed to give effective warning of missile attack, and fast activation of countermeasures equipment, with 360° coverage. 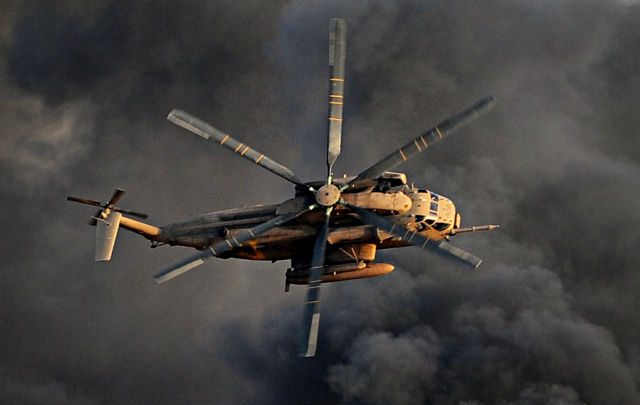 Launched in 2006, the air force's modernisation programme for the CH-53 "Yasur" is intended to keep the rotorcraft in service until at least 2025. Work included structural treatments and the installation of new avionics and other systems to support the range of missions that the heavy-lift type is required to perform.

Israel's CH-53s were involved during recent conflicts in Lebanon and Gaza, during which the aircraft were targeted by a variety of rockets and missiles.