The Israeli air force has formalised an operational requirement for Sikorsky's CH-53K heavy transport helicopter, with the type listed as a "very high priority" item for the service.

While the Bell Boeing V-22 tiltrotor is on the air force's immediate shopping list, a senior officer tells Flightglobal that "the CH-53K will be part of our future helicopter fleet", due to its heavy-lift credentials. This will enable Israel's military to perform missions that only this platform is capable of, the source adds.

The Israeli air force has recently completed a "Yasur" upgrade programme on its legacy fleet of CH-53s, which is intended to enable the type to remain in operational service until at least 2025.

Development of the CH-53K has encountered delays, with Sikorsky now expecting the new-generation model to achieve initial operational capability status with the US Marine Corps during 2019. 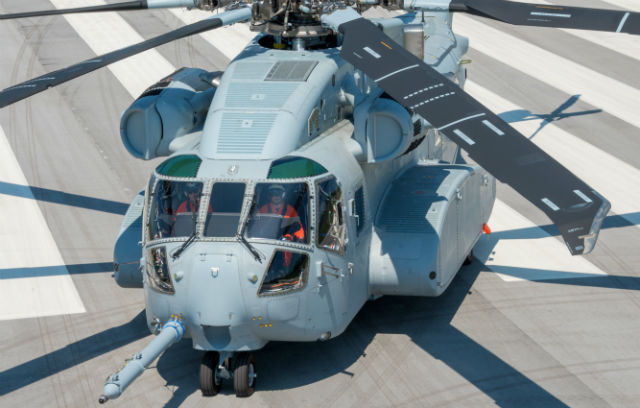