As the Czech Republic draws closer to releasing a request for proposals (RFP) for a new fleet of multirole rotorcraft, Leonardo says its AW139M is fully compliant with the nation's technical, performance and cost requirements. 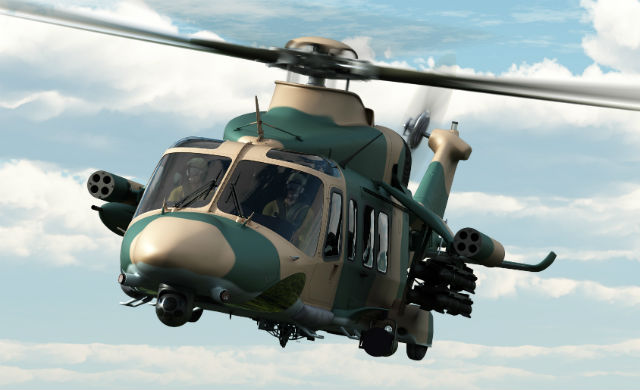 The Czech defence ministry issued a request for information linked to the requirement in mid-2015, seeking a platform capable of performing a range of duties, including replacing the Mil Mi-24 in providing fire support to land forces.

Prague's procurement plans cover an initial batch of 12 intermediate- or medium-class rotorcraft capable of carrying troops and air-to-surface weapons including anti-tank missiles. Candidate types must be able to operate in all weather conditions, by day and night.

Noting that "the value of the AW139M-based offer is compliant", he adds: "To meet the need for a further programme budget reduction, this offer includes even more attractive conditions for initial training and support.” The company's proposal includes significant local industry involvement, including from LOM Praha, Leonardo says.

Leonardo will not disclose details of its proposed aircraft configuration ahead of RFP release, but its AW139M is also likely to feature defensive aids system equipment and countermeasures dispensers. The company has released an image of a notional fire-support-roled aircraft carrying air-to-surface missiles, guided/unguided rocket pods, a pod-housed gun and an electro-optical/infrared sensor payload.