Greece has received the first three of an eventual 10 Boeing CH-47D Chinook heavy-lift rotorcraft that it has bought from the US Army.

Arriving at the port of Piraeus on 11 November, the Chinooks will join the already 15-strong fleet operated by the Hellenic Army.

In December 2014, the US State Department approved the sale of 10 surplus CH-47Ds to Athens, under a deal then worth $150 million.

The contract includes 23 Honeywell T55-GA-714A engines – two per aircraft plus three spares – and associated equipment such as missile warning and communications systems. 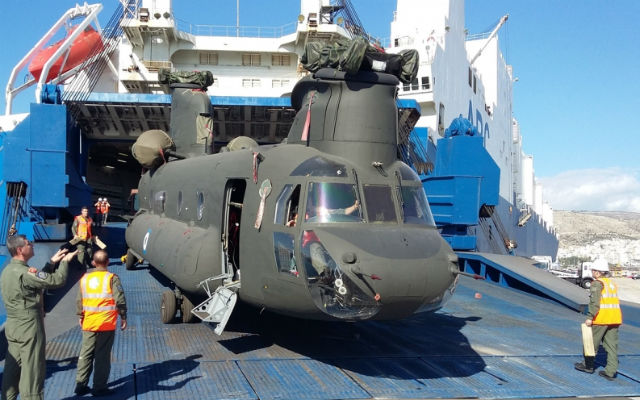 The US Army is replacing its D-model Chinooks with the newer CH-47F, leaving a large fleet to be disposed of.

Greece has operated the Chinook since 1981, and its fleet comprises six extended-range CH-47SDs built by Boeing, and nine manufactured under licence by Leonardo, Flight Fleets Analyzer shows.