Bell Helicopter has added a third flight test aircraft to its 525 Relentless helicopter fleet as the company works toward type certification and first customer delivery next year.

The third example, tail number N525BN, looks different both internally and externally to its orange and blue siblings in that it carries more flight test instruments and sports a new red and white paint scheme.

It completed its maiden flight at Bell’s helicopter plant in Amarillo, Texas, on 22 April, where the company also builds the military V-22, AH-1Z, UH-1Y rotorcraft and a third-generation tiltrotor prototype, the V-280 Valor.

The company tells Flightglobal that Flight Test Vehicle-3 (FTV-3) has some more test points to complete in Amarillo before heading southeast to the Bell XworX facility in Arlington, Texas. 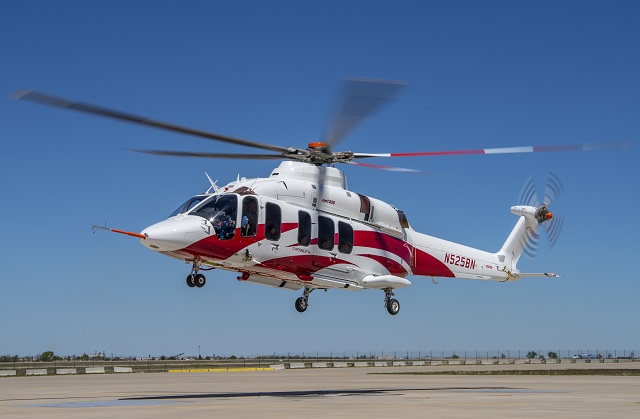 During a media tour in February, Bell officials said that the test fleet has logged more flight hours and completed more test points than they expected at this stage of the new aircraft programme.

This third example is the heavy lifter of the group. Its test points include the pylon pull, EEE test, boosted and cockpit controls proof load, and full load level survey, says Bell.

“FTV-3 is different from other flight test vehicles by being heavily instrumented and will undergo the strenuous load level survey,” a Bell spokeswoman says. “The load level survey is significant because it confirms data on how this aircraft will eliminate unscheduled maintenance for the operator and therefore provide a better cost of ownership.” 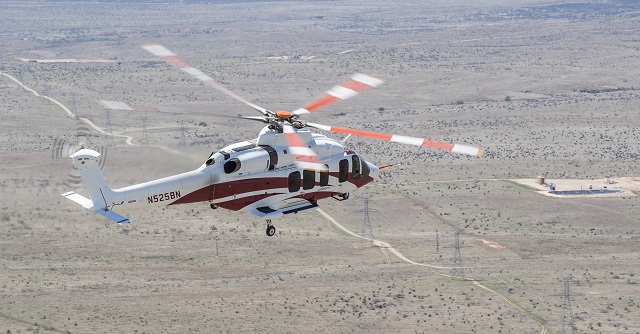 The company confirms that the fourth and fifth aircraft assigned to the 1,500h test programme remain on track for delivery later this year.

The triple-redundant, fly-by-wire aircraft is powered by two 2,000shp-class General Electric CT7- 2F1 engines and is targeted at the offshore oil and gas market – a segment that has weakened significantly since the super-medium helicopter type was unveiled in 2012. It's also being promoted for aeromedical evacuation, search-and-rescue, VIP transport missions and might even fill military roles in the future.