Russian Helicopters has completed the first flight of the updated Mil Mi-171A2, marking another major step in the commercialisation of the country’s military-oriented rotorcraft industry.

An video posted online by Russian Helicopters shows that the maiden flight began with a hover, then Sadriev commanded a clockwise turn around the helipad. The aircraft then lowered its nose, accelerated forward and gained altitude. 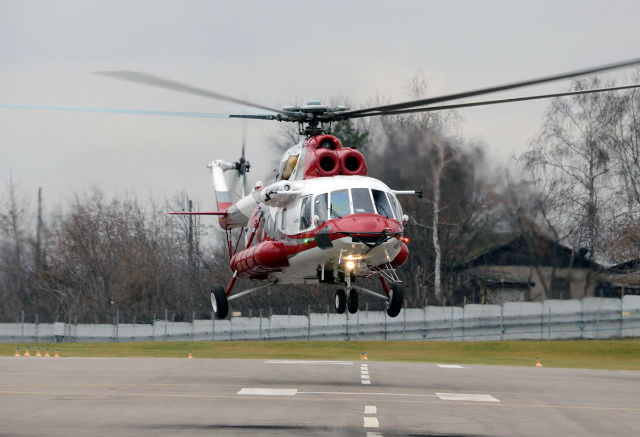 The Mi-171A2 is the latest variant of its long-running Mi-8/17 line. With a maximum take-off weight of 13t and capacity for 24 passengers, it is in broadly the same weight class as Western types such as the Airbus Helicopters EC225 and Sikorsky S-92, although has carved a niche for itself as a robust utility helicopter well-suited for operations in harsh environments such as its home market.

Based on the military Mi-171Sh helicopter, the Mi-171A2 replaces the two Klimov TV3-117 engines with a pair of uprated 2,700shp (1,985kW), FADEC-equipped VK-2500PS-03s powerplants. It also integrates the Kret KBO-17 avionics suite, which updates the analogue flightdeck with a glass cockpit display. The Mi-171A2 is also designed with an improved rotor system, including a new rotor hub and swashplate. 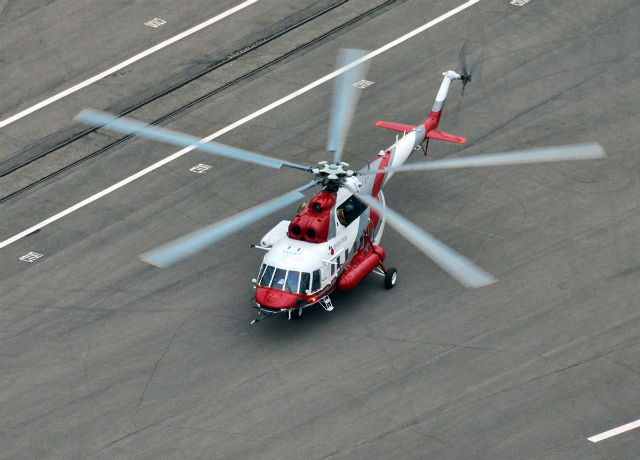 Russian Helicopters will not seek certification for Western markets, but it is instead marketed for domestic operators, with certification scheduled for 2015.