Airbus Helicopters’ super-medium offering is the H175, which, with a maximum take-off weight of 7.8t, is the lightest in the segment. Principally an oil and gas helicopter, the Pratt & Whitney Canada PT6-67E-powered type has found particular favour with Belgian operator NHV, which operates 13 examples, largely in the North Sea region.

In 2020, NHV’s fleet passed the 40,000 flight hour milestone – more than 60% of the overall H175 fleet’s total hours. Other notable offshore operators including Babcock and CHC also count the H175 in their fleets. Airbus Helicopters boasts that it can carry 16 passengers up to 160nm (296km) offshore.

However, the H175 has also seen some success in VIP and search and rescue (SAR) roles, in the latter case having been selected by the Rescue and Salvage Bureau of China’s transport ministry for an initial two-unit requirement. That adds to the seven H175s already operated by Hong Kong’s Government Flying Service for SAR missions. 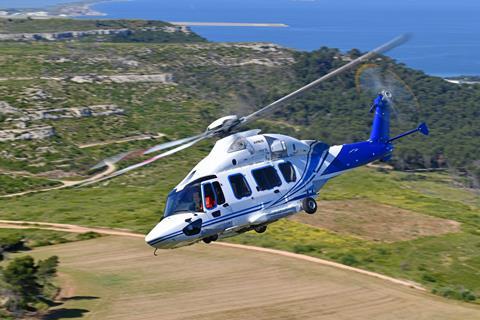 Leonardo’s super-medium offering, meanwhile, is the AW189. The 8t-class helicopter comes in two variants: a baseline version powered by twin GE Aviation CT7 engines, and the Safran Helicopter Engines Aneto-equipped K-model. The 2,500shp (1,860kW)-rated Aneto-1K offers around 25% more power than the CT7 and boosts performance in hot and high conditions.

Leonardo in January 2020 secured its first contract for the variant, with Qatar-based Gulf Helicopters revealed as the launch customer; deliveries are due to start in mid-2021. European approval for the Aneto-engined model was additionally gained in June. Type certification documentation shows the AW189K can operate up to 15,000ft, some 5,000ft more than the baseline GE-engined model. However, GE-powered helicopters with the new Phase 5 avionics release can also operate to the higher altitude. Maximum take-off weight for both variants sits at 8.6t. 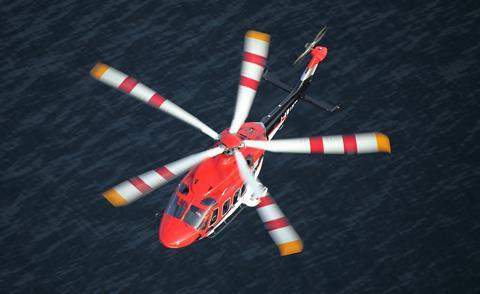 The third helicopter in the trinity of super-mediums is the Bell 525, which remains in development. Heavier than either the H175 or AW189, the 525 offers a maximum take-off weight of 9.3t and can carry 16 passengers and two crew for 580nm at a speed of 160kt. Bell describes the twin-engined type as the “world’s most advanced commercial helicopter” – largely driven by its application of fly-by-wire (FBW) controls.

Assuming it beats the AW609 to certification, the 525 will in fact be the very first civil rotorcraft to incorporate a FBW system. However, uncertainty remains as to when the 525 will gain certification. Bell has been reluctant to disclose a revised date for the milestone having missed previous deadlines, but in September 2020 did indicate that it was in the final stages of certification testing; the first four production helicopters are also in final assembly. Power for the 525 comes from a pair of GE Aviation CT7 engines. 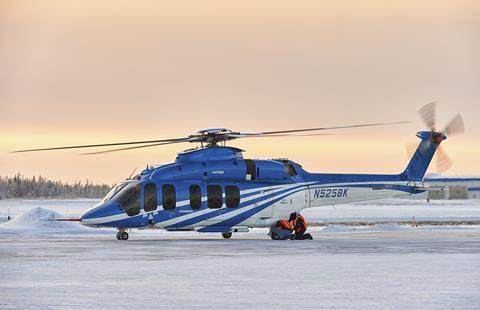