The US Army intends to buy 15 more Airbus UH-72A Lakota utility helicopters and is considering an option to buy two more.

The service indicated its intent to buy the aircraft in a sole-source requirement notice posted online on 5 September. Airbus Helicopters says it has not received a request for proposal from the US Army and does not know the specific configuration or intended use of the helicopters.

At the HeliExpo conference in March 2019, the company said it expected orders for 12 to 15 additional UH-72As from the US Army. 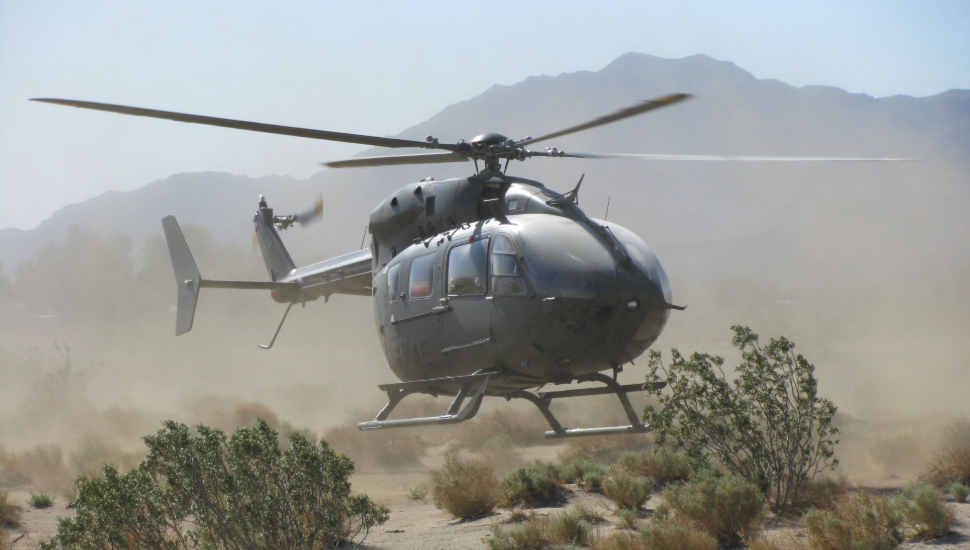 “The Army fleet down at Fort Rucker, based on their student load, they are needing more aircraft. I think there are about 12 aircraft that the Army is looking for at Fort Rucker,” Chris Emerson, head of Airbus Helicopters North American region, said earlier this year. “There are odd ones for the National Guard, [Combat Training Center], National Training Center. They are already funded. They are already in the president’s budget.”

With those prospective US Army orders, Lakota production could be extended from 2020 until 2022, Emerson said.

The UH-72A is a militarised version of the Airbus EC145 light twin-engined utility helicopter. The helicopter is Federal Aviation Administration Instrument Flight Rules certificated and is manufactured at an Airbus facility in Columbus, Mississippi.

The US Army uses UH-72As as utility and training helicopters. In 2006, Airbus won a competition to replace the service’s light utility helicopter fleet, previously composed of Bell OH-58s and UH-1s, with the Lakota.

The US Naval Test Pilot School operates a handful of the helicopters. And Airbus is competing against Leonardo and Bell to supply the US Navy with its smaller light twin-engined helicopter, the EC135, as a trainer. The US Navy is expected to pick a winner of that competition in November 2019.

The Royal Thai Army acquired six UH-72A Lakota helicopters from Airbus through the US Foreign Military Sales (FMS) programme in 2014. The company has said it hopes to close additional FMS deals for the UH-72A.

US Army Aviation did not immediately respond to questions about its sole source notice.