The US Marine Corps’ (USMC’s) new heavy-lift helicopter has made its operational debut at a base on the East Coast.

Sikorsky’s CH-53K King Stallion is slated to replace the USMC’s CH-53E Super Stallion, also made by Sikorsky. The King Stallion represents a significant improvement over its predecessor, boasting 57% more horsepower and 63% fewer parts. The Super Stallion was first fielded in 1988. 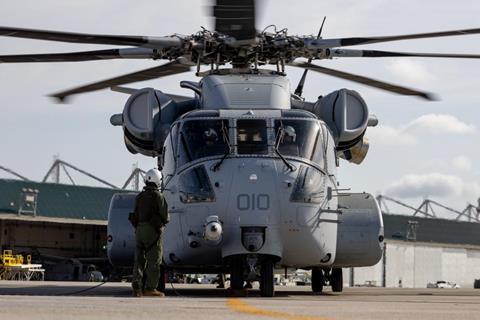 The USMC says it ultimately expects to purchase 200 of the aircraft, with full operational capability to be reached in 2029.