US Navy picks Leonardo TH-119 for next helicopter trainer fleet

The US Navy (USN) has picked Leonardo’s light, singled-engined TH-119 for its next trainer helicopter.

The service plans to replace its aging fleet of Bell TH-57B/C Sea Rangers with 130 examples of the TH-119. The USN announced the winner of the Advanced Helicopter Training System TH-73A contest on 13 January.

TH-119 helicopters sold to the USN will be rebranded as TH-73As. 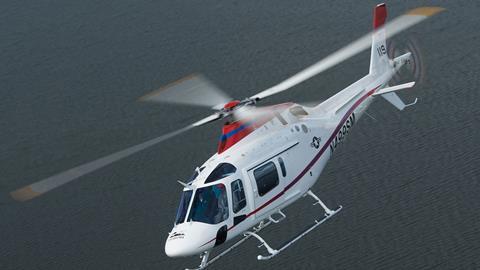 “The new firm fixed price TH-73A contract was awarded on a best-value tradeoff basis with a base and three one-year options,” says the service.

The new helicopters will be used to train several hundred aviation students per year at Naval Air Station Whiting Field in Milton, Florida, says the USN. The service plans to use the TH-73A fleet to train USN, US Marine Corps and US Coast Guard pilots beyond 2050.

Competitor Airbus had promised to build its H135 in Columbus, Mississippi, where it manufacturers the US Army UH-72A Lakota, a helicopter based on the light, twin-engined civil EC145. It also makes the light single-engine civil H125 at that facility. Bell’s 407GXi is manufactured in Mirabel, Quebec, Canada.

To win the USN contract, Leonardo had submitted its helicopter for instrument flight rules approval. The Federal Aviation Administration granted a supplemental type certification in July 2019.