US Navy to complete helicopter trainer flights next week

US Naval Air Systems Command (NAVAIR) is approaching the end of flight testing for its TH-XX helicopter trainer contest.

Leonardo Helicopters is expecting to host the command at its Philadelphia, Pennsylvania facilities for evaluation of its TH-119 helicopter on the week of 13 May. Bell’s 407GXi and Airbus Helicopters’ H135 have already undergone flight tests within the last month. 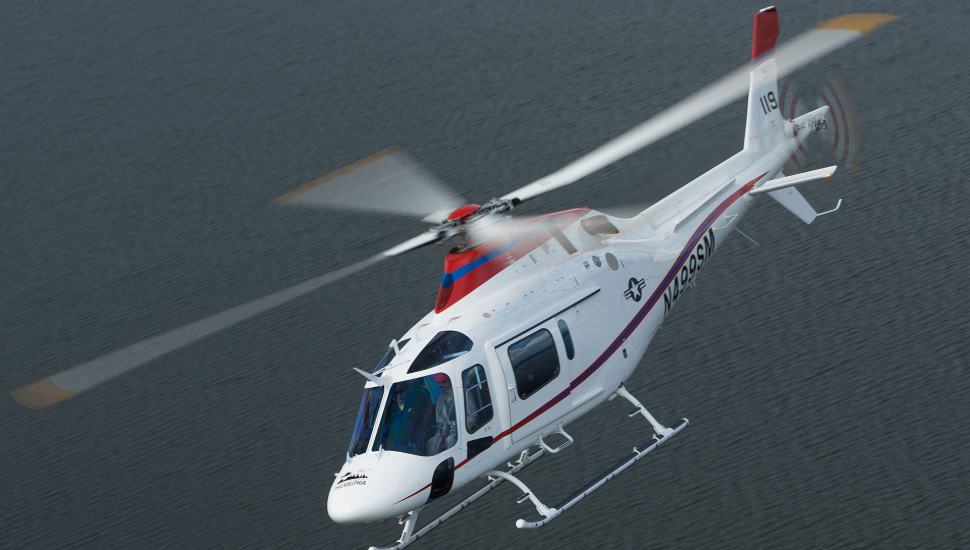 Upcoming NAVAIR testing comes shortly after the Federal Aviation Administration (FAA) recently evaluated the TH-119 helicopter for instrument flight rules (IFR). Leonardo expects the helicopter to be IFR certificated as soon as the next 30 days.

The Italian company anticipates five days of evaluation in total from NAVAIR next week, including six hours of flying.

“They bring in a team of people that includes two developmental test pilots and two operational pilots,” says Andrew Gappy, Leonardo director of US government sales. “They have a set of flight manoeuvres and things they want to do with the aircraft.”

Bell’s Carl Forsling, the company’s manager of global military sales, says that NAVAIR’s pilots performed a variety of manoeuvres, including instrumental navigation, hovering and autorotations, during its visit to evaluate his company’s 407GXi.

“They describe this as a risk reduction exercise; making sure what the OEMs are offering are representative of their proposals,” he says.

Manufacturers expect a decision from NAVAIR sometime between September and December 2019. The programme of record calls for 130 commercial aircraft to replace the USN’s fleet of Bell TH-57B/C Sea Rangers used for advanced helicopter training for undergraduate pilots.