The US State Department has approved a possible Foreign Military Sale of a refurbishment package for 43 Boeing AH-64E Apache attack helicopters owned by Egypt.

The estimated $2.3 billion deal is not final, but was announced via a required notification by the Defense Security Cooperation Agency to the US Congress on 7 May. 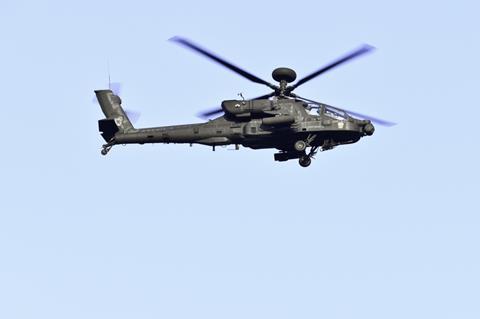 “Egypt intends to use these refurbished AH-64 helicopters to modernise its armed forces to address the shared US-Egyptian interest in countering terrorist activities emanating from the Sinai Peninsula, which threaten Egyptian and Israeli security and undermine regional stability,” says the Defense Security Cooperation Agency. “This sale will contribute to Egypt’s military goal to update its capability while further enhancing greater interoperability between Egypt, the US, and other allies.”

Over the last couple of decades, the USA has helped Egypt put down a Bedouin insurgency, which has used attacks on civilians and kidnappings of tourists to further its cause.

Many of the components, including most of the T700 turboshaft engines, would be remanufactured.

The Defense Security Cooperation Agency says there are no known offsets for Egyptian companies as part of the potential deal.