The US Air Force has started to field its Joint Service Aircrew Mask (JSAM) for helicopter aircraft in November as part of a larger effort to shield its personnel against contamination from weapons of mass destruction.

The JSAM mask provides better protection against chemical, biological, radiological and nuclear contamination for aircrew on the HH-60G Pave Hawk and UH-1N Huey aircraft, said the USAF. It replaces the Aircrew Eye and Respiratory Protection system. 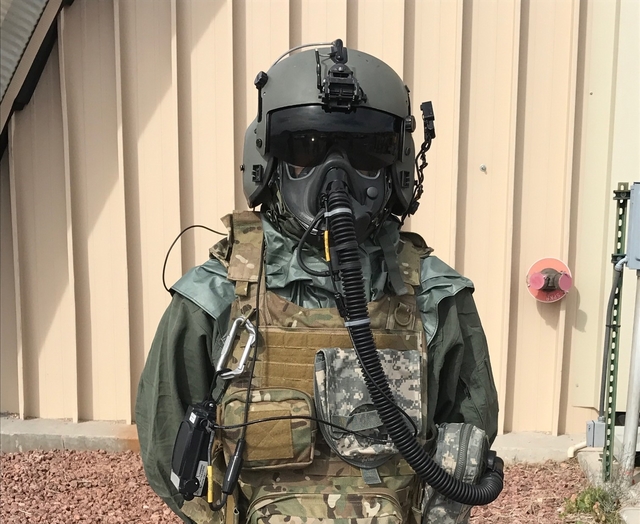 Specifically, the new mask provides aircrew improved eye, skin and lung protection from hazardous air, says the USAF. The mask also integrates with night vision goggles, requires no aircraft modification, has joint service commonality, and a six-fold increase in battery life. It also fits better and has a removable faceplate.

It is also easier for aircrew to see out of the mask as the protective gear has a wider range of view compared to the older equipment. That allows aircrew to fly into combat zones that have been contaminated by chemical, biological, radiological or nuclear weapons.

The HH-60G Pave Hawk is the USAF's pararescue helicopter and is often called upon to evacuate special forces. The UH-1N Huey is used by the service to ferry troops to protect the USA's ballistic missile force. In the event of the use of a weapon of mass destruction against US forces both helicopters would likely be in the thick of containmated airspace.