The Executive Leadership Award went to Walsh, while Cruz was presented with the Airline Business Award.

Walsh was recognised by the judges for a string of successes at British Airways and Iberia parent IAG. These include the restructuring and turnaround of the Spanish flag carrier and an increasingly strong balance sheet at BA, in addition to the acquisition and integration of a fully owned low-cost arm in Vueling.

"With a focus on cutting costs along with some smart business decisions, Walsh and the IAG team have delivered a strategy which is already yielding the economic benefits," said Max Kingsley-Jones, editor of Airline Business. "And he decided the best way to access the low-cost sector was to own a successful existing player." 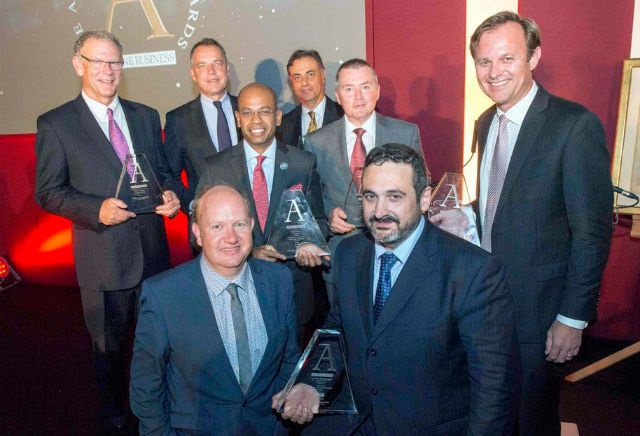 The Airline Business Award this year honoured Vueling chairman and chief executive Cruz for his ongoing innovation in the European low-cost arena.

"Since establishing Vueling's predecessor Clickair a decade ago, Cruz has led an innovation charge in Europe's low-cost sector that others have followed," said Kingsley-Jones. "This success resulted in its acquisition by IAG in 2013, where Cruz is now a rising star within the management team."

Walsh and Cruz were joined among the 2015 winners by IndiGo president Aditya Ghosh, who was recognised for Low-Cost Leadership, and Christoph Mueller, who won the Regional Leadership award in acknowledgement of his success in restructuring Aer Lingus during his time at the helm of the Irish flag carrier. Mueller is now chief executive of Malaysia Airlines.

American Airlines won the Finance award, while the Marketing award went to Virgin America. In the Technology, Environment and Operations category, Brazilian carrier Gol was victorious.

"The current trading environment is helping the industry to achieve record profits, but it is those airlines led by the smartest and most innovative management teams that are setting the benchmark," said Kingsley-Jones. "The Airline Strategy Awards have recognised the best individuals and teams in boardroom leadership since 2002, and this year's winners all excel in this regard."

For more on the Airline Strategy Awards, visit www.strategyawards.com