Yosi Melamed, Bedek Aviation Group executive vice-president and general manager, says the line will receive used Boeing 767-300ERs and make the necessary modifications to the airframe and systems to enable the new role. This work will include incorporating a new glass cockpit and the installation of replacement GE Aviation CF6-80C2 engines, plus under-wing hose-and drogue refuelling pods and a boom, if required by the customer. 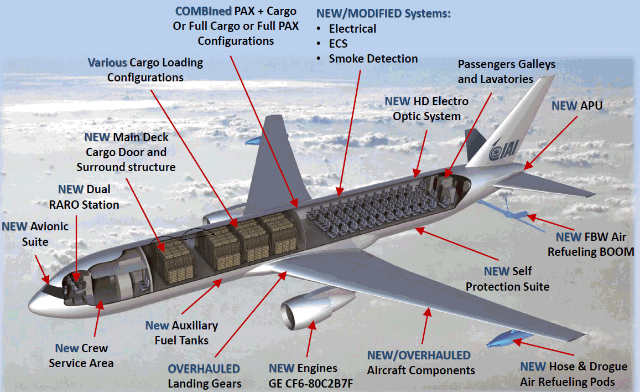 "The configuration will allow in addition to the main mission of aerial refuelling to transport 200 soldiers and 60t of cargo," Melamed said on 28 April. The aircraft also we be able to perform all cargo or all passenger transport duties, according to the company.

According to sources within the Israeli defence ministry, the price of the 767 MMTT will be 15-20% lower than any other alternative.

IAI is currently offering the 767 MMTT in a competition in South Korea, which wants to acquire four tankers for its air force. The service has sought to deploy such a capability since 1993, but its plans have been repeatedly shelved due to budget constraints and shifting priorities.

A selection in South Korea is expected "in the coming months", according to Israeli defence ministry sources. Seoul also is considering the Airbus A330 multi-role tanker transport and Boeing KC-46.

IAI has previously delivered one converted 767 tanker to Colombia. After long delays, the Brazilian government also has allocated the needed budget for the purchase of three 767-300s to be converted for the role by the company.