New Delhi has issued a global tender for the supply of six aircraft that will serve as platforms for its ambitious Airborne Warning and Control System India (AWACS India) programme.

The tender invites bids from airframers by 15 July for the “supply of suitable aircraft with necessary structural modifications, power and endurance adaptations”, along with “equipment installation/installation provisions for the AWACS India role”. The project will also include design and certification tasks, including the manufacture and installation of a 10m (33ft)-diameter antenna rotodome and supporting pylon.

The Bengaluru-based Centre for Airborne Systems (CABS) is leading the AWACS India programme, which received approval from the nation's Cabinet Committee on Security in February 2013. The effort is scheduled to be complete by 2020-2021.

CABS is also currently involved in the design and development of an airborne early warning and control (AEW&C) system which is being integrated with three Embraer EMB-145 regional jets. This activity is running three years behind schedule. 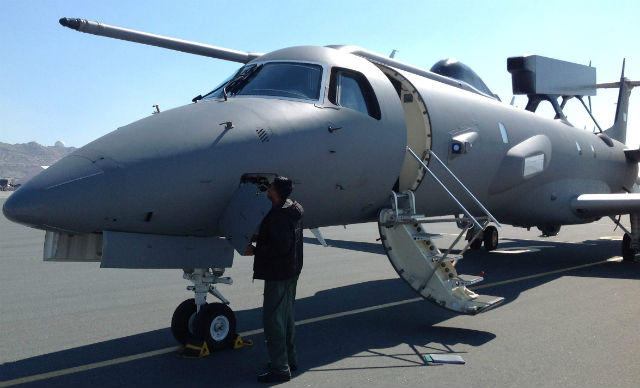 The long-term integrated perspective plan for India’s armed forces envisages the deployment of AWACS and AEW&C platforms. The Indian air force at present has three A-50EI Phalcon platforms developed from the Ilyushin Il-76, with earlier plans to acquire an additional two having so far failed to progress.