Indian companies seeking to answer a request for information for the procurement of an additional 106 Pilatus PC-7 Mk II basic trainers for the nation's air force have requested a further extension to the date by which responses need to be submitted.

Pilatus says it is “responding to requests from interested parties in India who are in turn responding to the RFI”, and adds: “it is our understanding that they have requested the extension; not Pilatus".

The RFI released by India’s defence ministry falls under the ‘Buy & Make (Indian)’ category, which limits respondents to Indian-registered companies only. In the case of the basic trainers, this means Pilatus will have to form a joint venture, or establish a production arrangement with an Indian company to successfully execute the contract.

A final date for responses to be submitted had already been extended until 21 April, after which a request for proposals was expected to be issued to shortlisted bidders. 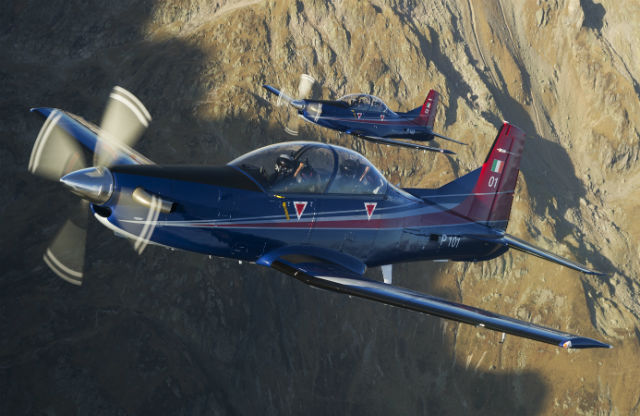 The RFI calls for 38 aircraft – included as options as part of a previous 75-aircraft deal with Pilatus – to be procured in a “flyaway” condition, with the remaining 68 to be license-produced in India. Aircraft deliveries have been requested to begin by 2015-2016, and should be completed by 2020-2021.

Meanwhile, discussions are still under way between Pilatus and Hindustan Aeronautics on the maintenance and transfer of technology contract for the Indian air force's PC-7 Mk II fleet, which has yet to be signed.