The Indian navy has located the debris of a Hindustan Aeronautics’ built Dornier Do-228 maritime surveillance and patrol aircraft (MSA), that was reported lost on 24 March.

“Search operations are ongoing, we have found some bits of debris and are continuing to search for the two missing crew members”, says a navy spokesman.

The two missing crew members are the co-pilot and a woman observer. The pilot of the aircraft was found yesterday by a fishing boat. He is recovering at a Navy hospital.

The MSA was on a routine night training sortie, when the Naval Air Station at Goa lost radar contact. The aircraft “ditched at sea about 20 nautical miles South West of Goa”, said the navy in statement.

Search area for lost Do-228 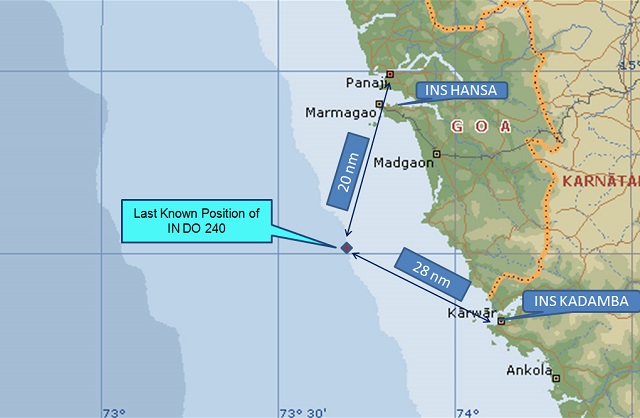 A dozen ships are scouring the area of the MSA’s last known location along with four Navy aircraft.

This is the first loss of a navy Do-228 since the type’s service entry in the early nineties.