The Indradanush IV manouevres commenced on 21 July from RAF Coningsby in Lincolnshire, following the arrival of the Indian aircraft four days earlier. The exercise is intended "to enhance mutual operational understanding between the two air forces," the former says. 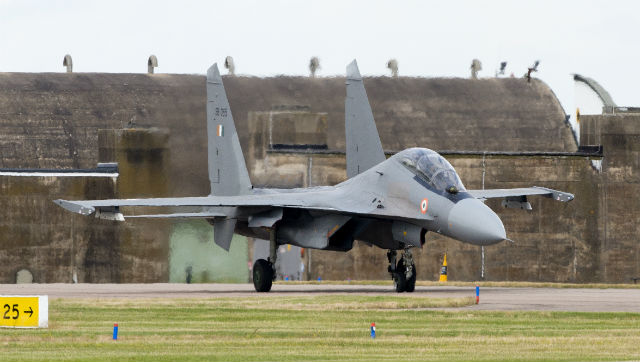 India's aircraft – which ordinarily operate from its Kalaikunda air base – were accompanied to the UK by single examples of its Boeing C-17 and Lockheed Martin C-130J transports, and by an Ilyushin Il-78 tanker, the latter of which will remain at RAF Brize Norton in Oxfordshire during their stay.

A previous exercise in 2007 saw India send six of its Su-30MKIs to RAF Waddington in Lincolnshire, also to work with the RAF's Typhoons.