The first series production example of India’s Tejas Mk1 light combat aircraft (LCA) completed its maiden flight on 30 September. The single-engined aircraft took to the air – without any telemetry support – from Hindustan Aeronautics’ (HAL) airport in Bengaluru, and landed safely after a flight lasting less than 30min. 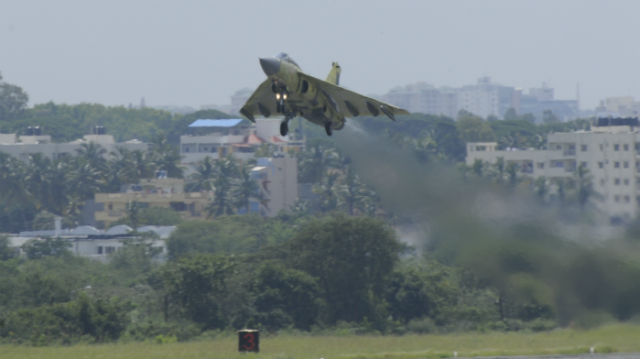 Planned production rates call for the delivery of eight aircraft per year to the Indian air force, although HAL is likely to be able to ramp up deliveries to that rate only by 2017. 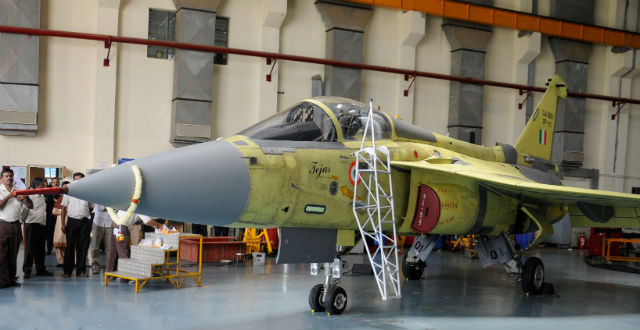 The first Tejas Mk1 squadron will be based at Sulur in Tamil Nadu, close to Bengaluru. The Indian air force, however, has said that only the substantially upgraded Tejas Mk2 will answer its operational requirements.

“We keenly look forward to the induction of four squadrons of LCA Mk2, as the final version in our projected force structure,” then-air force chief of staff NAK Browne said as full IOC status was declared last year for the Mk1 version. The service has said that it wants better performance and substantially improved maintainability from its later production examples.

The first flight of the Tejas Mk 2 , featuring the more powerful GE F414 engine, is expected to take place by 2017. The first of 99 GE F414 engines under contract are due to arrive in India next year.

India’s long and torturous journey to induct an indigenously-developed light fighter into service began with a contract for 20 Tejas Mk1s in an IOC configuration, signed in 2006.