Indonesia has extended the closure of Denpasar's Ngurah Rai International airport for another 24 hours as volcanic ash from the eruption of Mount Agung moves south to cover the airspace above the airport.

A report from Airnav Indonesia shows that the volcanic ash covers aircraft flight paths, says the transport ministry in a statement. The main gateway into Bali will remain closed until 07:00 local time on 29 November.

The Darwin Volcanic Ash Advisory Centre says that ash is being emitted up to 25,000ft, with the cloud forecast to remain over most of Bali over the day. 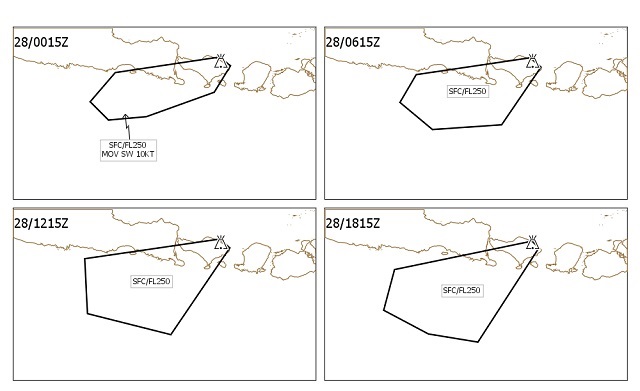 The nearby Lombok airport, which is about 117km from Ngurah Rai, has re-opened after a closure overnight.

On 27 November, Indonesia's national disaster agency raised the emergency status to the highest level, as the eruption at Mount Agung intensified. It added that a bright glow on the summit also indicates that "a larger eruption is imminent".

FlightGlobal schedules data shows that Denpasar is largely connected to Asia Pacific and the Middle East. Indonesian carriers Garuda Indonesia, Lion Air, Citilink and Indonesia AirAsia account for more than half of all seats out of the airport.