The T-50 is believed to have been flying to celebrate the 70th anniversary of the air force’s flight school and local reports claim the supersonic aircraft spiralled to the ground, killing its pilot and co-pilot.

Video footage shows the aircraft ascend to carry out manoeuvres, before abruptly descending and exploding on impact with the ground. 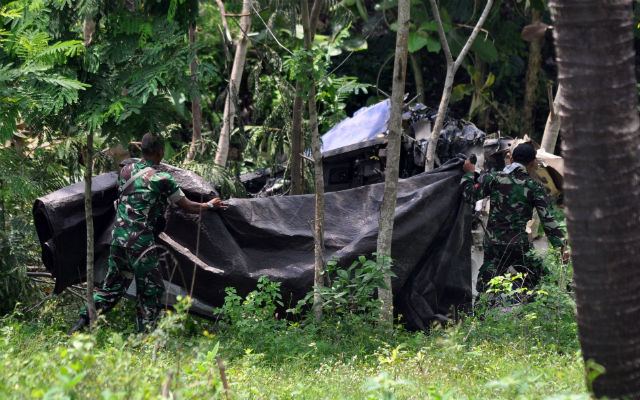 This is the second known loss of a T-50 since its introduction 10 years ago. The first was in November 2012, when a South Korean air force pilot from the service's Black Eagles aerobatic display team died when a T-50B trainer crashed into a mountainside in Hoengsong, 48nm (90km) east of Seoul.

Indonesia was the first export customer for the T-50 and had 16 of the type in service before the crash, Flightglobal’s Fleets Analyzer database shows, with an average fleet age of two years.

Other operators include the South Korean air force, which operates 105 of the type, and the Philippine air force, with two in service and 10 more on order. The Royal Thai Air Force ordered four under a deal signed in September, deliveries of which are expected to begin in 2018.

The Iraqi air force, meanwhile, has 24 on order, and media reports claim the first five from the 2013 order have been handed over to the service.

Iraq was the second export customer for the type, agreeing to a buy $1.1 billion worth. At the point of the contract signing, it was slated the first aircraft would be delivered in April 2016, with all 24 to be transferred within 12 months.

The type is also being pitched for the US Air Force’s T-X trainer programme, and earlier this month KAI revealed the T-50-based offering it is proposing with Lockheed. The development will undergo ground tests in 2016 and flight trials in 2017.