Why did you decide to set up LEA?

I have always been involved in the world of aviation, having trained as a pilot [and] with initial ideas of becoming a bush pilot and flying to remote and rough terrains far away from any sort of city. But on a chance meeting with Patrick Margetson-Rushmore I began to see real business potential in the aircraft charter market. At the time I was working for a small aircraft operator with my wife, Amanda, so I already had a good understanding of the business and commercial aviation industry. Patrick and I identified a very serious gap in the market. Then, operators tended to manage and charter small numbers of aircraft, often of very similar types, and we believed this wasn’t offering the diversity which business and leisure travellers wanted. In 1996 Patrick and I joined forces and founded London Executive Aviation where we first met, at Stapleford Aerodrome in the Epping Forest district of Essex. Our business plan was to address this gap in the market by operating a large, diverse fleet of aircraft, increasing the range available to customers.

How has the European charter market changed since LEA was founded 20 years ago?

The charter market was fragmented 20 years ago, with many small operators offering only a small selection of aircraft. Today the market is mature, with a wide range of heavy metal, but there is still big growth potential ahead of us.

As part of the Luxaviation Group, we are taking part in the industry consolidation which is increasingly common throughout Europe. Combining the talents, resources and best practice processes of the entities in the Luxaviation Group strengthens LEA’s offering to customers. The key benefits for LEA’s customers include access to more than 250 business aircraft worldwide, increased aircraft availability and a broader range of aircraft types. Providing customers with access to the most diverse range of aircraft in order to suit their requirements has always been the ultimate goal for London Executive Aviation, and being part of Luxaviation is about giving our customers greater choice. Through joined procurement and economies of scale we can also be more competitive. 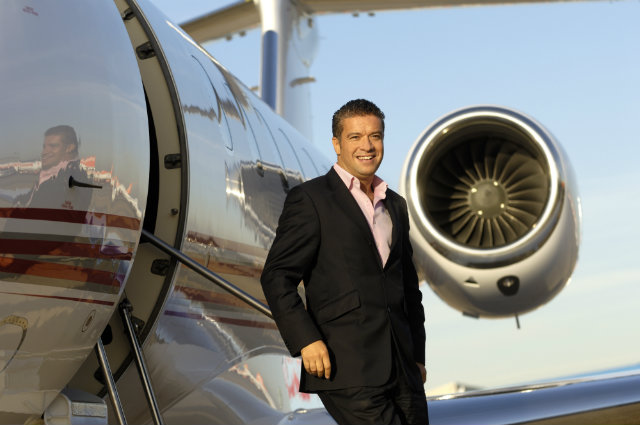 How is your integration with Luxaviation progressing?

The integration has been a collaborative effort between the operational heads of each entity in the group, and during the process we have all increasingly realised the importance of co-ordinating key elements meticulously. We had to carefully consider how to successfully integrate our aircraft, our geographic presence, our operations and technology, maintenance, crew and business processes to avoid any risks. Establishing an integrated operations platform was one of the first things we worked on with Luxaviation, so we could see where every aircraft is at any given time. Incorporating LEA’s scheduling and commercial software platforms into the new system wasn’t as straightforward as we had hoped; the key features of this software meant integration was crucial and although it initially held us back in joining the group operationally, the Luxaviation platform now has an added functionality which benefits all entities in the group.

What are your plans for LEA?

This month marks LEA’s 20th anniversary and also our two-year anniversary as part of the Luxaviation Group. It has been an exciting journey for LEA and we are looking forward to completing the rebrand as Luxaviation UK.

Tell us about your typical week

I’m responsible for overseeing flight and business operations as well as the operational logistics of LEA’s integration with Luxaviation. The operations department is the hub of the business, where much of the communication and day-to-day decision making gets done. It is staffed 24/7 to ensure we provide our customers with unrivalled service at all times. I have a very dedicated team around me, allowing me to increasingly focus my efforts on business development and expansion.

What do you do in your spare time?

Prior to injuring myself playing polo, this was my favourite pastime. Although I still dabble in the sport I’m now a spectator as opposed to a participant in annual tournaments, such as the Aviation Polo Challenge. I would like to start playing again but my leisure time is now more limited than ever before. Watching my beloved West Ham is always a Saturday favourite, as well as spending time with my family.