When IAG decided to develop its new long-haul, low-cost airline Level, its head of strategy Robert Boyle says it focused on how to attract Europe’s millennials with an attractive low ticket price packaged in a way that would engage them in the “excitement” of long distance travel.

“We wanted something that was genuinely flexible from a geographical point of view and very much positioned more at targeting millennials and more at an exciting aspect which I think comes with long-haul,” he told FlightGlobal at the Future Travel Experience conference in Dublin on 26 June.

Unlike in the European short-haul sector where Boyle says younger travellers view flights as merely being like a “bus service”, long-haul travel still holds some sense of adventure and allure and this is what Level seeks to tap into, he says. 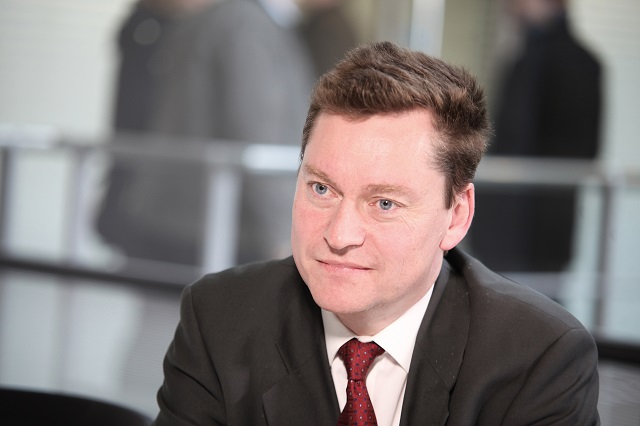 “Once you go five hours [flying] or more, all of our research says that customers - whilst there is a big segment that are really going to make that decision basically on price - nevertheless they are looking for something and expecting something a little bit more,” he says.

“I’m not just going to just going to sit in a metal tube being bored and uncomfortable for six, seven, eight hours, I am expecting entertainment,” Boyle continues.

Level began services in June with flights from Barcelona to the US cities of Los Angeles and San Francisco, Buenos Aires and Punta Cana in the Dominican Republic.

While it operates with Iberia aircraft and crew, Level is a completely separate brand, targeting the young European leisure market. Boyle describes the airline as IAG’s bet that “things being done in the short-haul arena will come to the long-haul”.

Level provides a variety of unbundled options on-board. Passengers can chose to add baggage, select their seat, order a hot meal and buy other add-ons such as wi-fi, duty free and the Level “comfort pack” that includes a blanket, pillow and amenity kit.

Boyle says IAG decided that it needed a completely new brand in order expand into the “cheap space” of budget long-haul travel because “we felt we didn’t have a brand that 100% resonated with what we are trying to do”.

Boyle says that IAG considered using both Aer Lingus and Vueling as the launch pad for Level. While Aer Lingus already has a low cost base and an existing transatlantic network, Boyle says that while the Irish carrier's strong brand is one that is “very associated with Ireland” and therefore did nothave the flexibility they were after.

“We could have stretched Vueling to go long-haul. Vueling does have quite a Catalonian aspect do it because of its history. But decided to leave it to the short-haul challenge,” he adds.

Instead Level is leveraging Vueling’s feeder traffic to fill its own service. Boyle says that Vueling controls more than 40% of the Barcelona market, but there is no existing IAG carrier long-haul services out of the Spanish city.. "The fit of relatively under-served, a good fit with our market and the Vueling connection was really why we did that," he says.

Ultimately Iberia emerged as the best candidate to start up the new airline because of much of the Madrid-based carrier’s management have come from a low-cost carrier background.

“They have do actually have that kind of low-cost, entrepreneurial mind set,” he says. “[They were] very up for getting this thing into the market."

Boyle says that Level could next expand to Rome and Paris, which he points out are Vueling’s second and third largest bases after Barcelona. FlightGlobal schedules data shows Vueling this month operated more than a 1,000 departing flights out of Rome Fiumicino and just over 800 from Paris Orly.

But Boyle says there are other considerations, including in Rome “the Alitalia situation has everyone [thinking] ‘can I get a piece of that action?’”, while in Paris IAG already has a long-haul operation from Orly in the form of OpenSkies to help support Level.

Boyle says Level was launched very much as a collaboration between Iberia and IAG, with the Spanish carrier focusing on the “operational side” while the parent company worked on the “digital” side of the business.

Longer term, Boyle says the plan is to develop Level into a standalone airline with its own management team, but with the rest of the group contributing.

“The plan is to transition to something which is more of a real airline with a real AOC, probably still using resource from other bits of the group where that makes sense,” he says, adding that it was part of IAG’s strategy of having a “portfolio of brands”.

However, the collaborative nature of Level will continue, if one of IAG’s airlines shows an interest to “provide the flight operations side of it or potentially leverage the route rights that they might have, we think that’s a model that can work”.

While Level is fundamentally designed as a point-to-point carrier, Boyle says that IAG believes there will be “some material amount of feed traffic that is both generated and potentially will unlock a range of routes”.

At present Level operates with a fleet of two A330s which IAG boss Willie Walsh says will expand to five aircraft in 2018. Quoting Walsh, Boyle says Level's fleet could ultimately rise to 30.

Boyle says that given the flexible nature of the Level business model, it is conceivable that the airline could operate with a range of aircraft types.

He speculates that if Level collaborated with Aer Lingus, for example, it could make use of the seven Airbus A321LRs the Irish carrier has on order, adding that the IAG management is “somewhat of a believer in the potential of the 321LR longer range capable narrowbodies for markets they can reach”.

On the other hand, in partnership with British Airways it “might be a good” if Level made use of its fleet of Boeing 787s.

Level enters a long-haul, low-cost market that could be about to expand rapidly in Europe. Norwegian has been a forefront of this trend, having built up a network linking Europe to US cities for budget prices and which has ambitious plans to link ever more cities with both wide- and narrowbody aircraft.

Meanwhile, Lufthansa is also expanding into this space in the form of Eurowings and Air France-KLM has plans for its own Paris-based long-haul unit branded Boost.

Boyle admits that Level is to some degree IAG’s competitive response to Norwegian. “Clearly we studied them and tried to learn from them," he says. "But then we decided what we wanted to do. We do think it [Level] is distinctive, we do think it’s a fresh new approach”.

He reveals that IAG initially planned a September launch for Level but “accelerated” it to June when they learned that Norwegian was planning its own own long-haul operation out of Barcelona.

Norwegian is competing with Level on services to Oakland and to Los Angeles. The Scandinavian carrier is also flying to Newark and will start Fort Lauderdale services from the Catalan city in August.

Ultimately if Level does expand into Rome and Paris it may come up against Norwegian on the long-haul routes it plans to operate out of those cities - in May Norwegian announced its first transatlantic routes from the Italian airport, and potentially Boost.

So can Level emerge supreme against a carrier with what on the surface looks like a very similar model? Boyle says the market will ultimately decide.

“Fundamentally, the thing we concentrated on was making sure that the cost structure was right, because I certainly agree with Michael [O’Leary] when it comes to these segments of the market you have to be cost leader.

“We have not talked publicly about any of the details, but trust us, we engineered everything to be at a point where we were comfortable we were lower cost than them, which ultimately I think will be choice [for passengers],” he says.