The US Department of Defense has awarded Textron Aviation a contract worth almost $8.8 million for the "reconstitution" of 15 Beechcraft T-6A basic trainers for the Iraqi air force.

Placed via Washington's Foreign Military Sales (FMS) programme, the deal "provides the purchase of long-lead supplies required to reconstitute the aircraft for Iraq training," the DoD says. Textron will undertake the work at the nation's Imam Ali/Tallil air base.

"The work provided for under this undefinitised contract action must be in place to start training the Iraq T-6A fleet no later than the second quarter of 2018 in order to meet critical [Lockheed Martin] F-16 pilot demand in 2019," it adds. 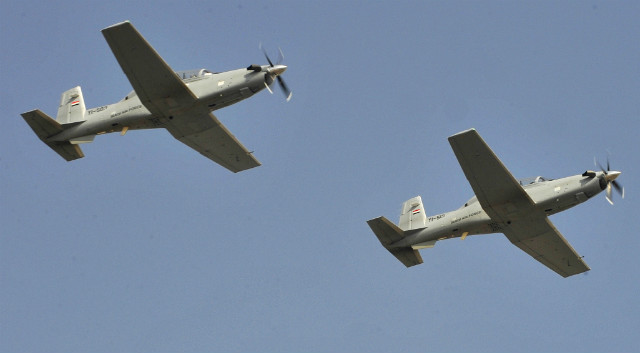 Iraq has ordered 36 F-16s via the FMS framework, with Fleets Analyzer showing the service as having received 26 of the aircraft to date; including one which was destroyed in a training accident in June 2015. The nation's pilots have so far received instruction on the fighter in the USA.