​Irkut to conclude shipment of Su-30MKI kits to India

Russia’s Irkut will complete deliveries of Sukhoi Su-30MKI assembly kits to India in 2015, with the firm stating that a “complete transfer of technology” has taken place in the programme.

When deliveries are completed, the Russian firm will have delivered a total of 222 kits, it says in a statement. Hindustan Aernautics (HAL) builds the Su-30MKI under license at its Nashik factory.

“Currently HAL is in Phase IV of assembly, which means it is manufacturing parts from the raw material stage with complete transfer of technology from Irkut Corporation,” it says. “The Su-30MKI program is a shining example of India-Russia defence cooperation.” 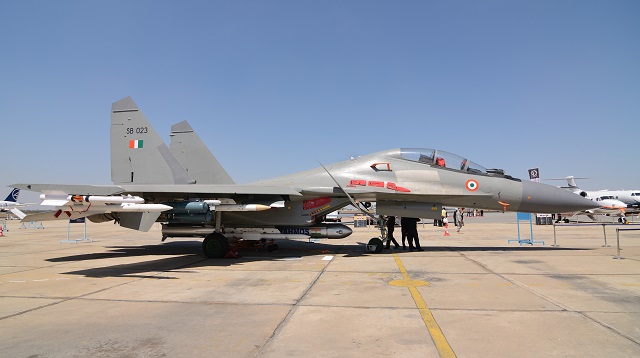 Irkut adds that HAL has also “mastered” the overhaul of the fighter type, having delivered the first overhauled aircraft to the air force at the end of 2014.

“To master the whole scope of overhaul procedure is a real challenge with the overhaul technology documentation having been developed by HAL specialists,” it says. “We at Irkut supplied the overhaul equipment and assisted in their installation and shared with HAL our experience in such work.”

Future work related to the programme includes the integration of the Brahmos supersonic cruise missile and other aircraft upgrades.

The Su-30MKI is the most important type in the Indian air force, with HAL expected to complete deliveries of 272 aircraft by 2020.

Delays with a planned acquisition of 126 Dassault Rafale fighters under the medium multi-role combat aircraft programme have led to speculation that New Delhi could opt to instead increase its number of Su-30MKIs.