The Israeli air force’s first Alenia Aermacchi M-346 advanced jet trainer will land at the service’s Hatzerim air base later this week. A further 29 of the type will follow before the end of 2016.

The air force has named the M-346 the “Lavi”; the name previously carried by the Israel Aerospace Industries fighter developed in the 1980s and scrapped because of opposition from the USA. 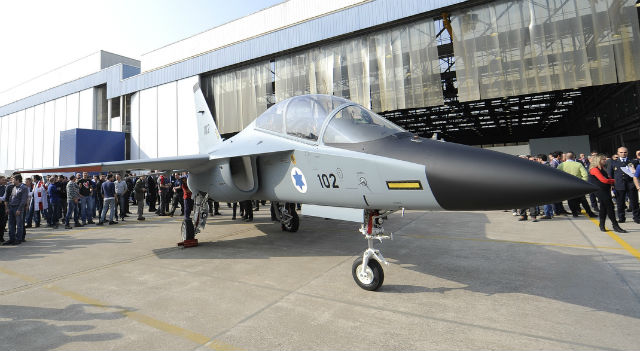 Following its introduction, the new type will make possible a profound change in the Israeli air force’s training methods. Currently, its new fighter pilots receive instruction in the advanced stage of their flight course using the Lockheed Martin F-16A/B. All students will perform this activity in the M-346, which the service says will allow them to learn how to operate radar systems and advanced weapons at this stage.

Israel’s contract for the M-346 also includes an advanced simulator, which will enable students to perform “team flying” on the ground.

The new-generation Lavi also will carry some Israeli-produced systems that the air force says will make it more “responsive” to matching its operational needs.