The Israeli air force is adding the newly introduced Lockheed Martin C-130J to its long-range operational capabilities, having recently performed a proving flight that helped to develop its tactics for using the"Samson".

During the long-range flight, the air force conducted a sortie over the skies of Greece, Romania and Bulgaria.

"The ability to fly abroad is vital for us as a transport squadron", says Maj Roee, commander of the weapon systems operators department for the "Elephants" squadron and the official in charge of developing its military tactics for long-distance flights. "The practice went very well and it gives us confidence towards our official operational activation," he told the Israeli air force website.

Israel's air transport squadrons frequently operate outside the nation's borders, with many missions described as classified. As a result, its pilots must be prepared to land under diverse and unfamiliar conditions. 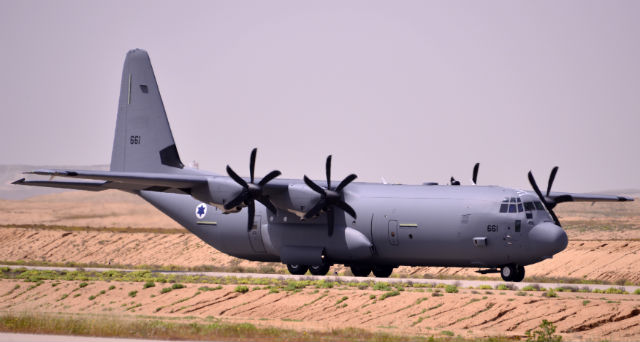 The cockpits of the service's C-130Js use a three-crew seat configuration, similar to that employed by US special forces. Its aircraft have also been modified for the installation of some Israeli-produced systems, some of which were tested during the recent long-range flight.