The delivery of the first C-130J "Samson" is a major milestone in the reorganisation of the air force's Hercules squadrons. This will culminate with the operational consolidation of its two existing units, with the "Elephants" squadron to be absorbed into the "Knights of the yellow bird". The former will operate the new C-130Js, while the latter mainly uses upgraded H-model examples.

In June 2013 Lockheed delivered the first of four on-order C-130Js to Israel at its Marietta site in Georgia, ahead of the airframer supporting training activities in the USA. The remaining three transports will be delivered towards the end of this year and in early 2015. 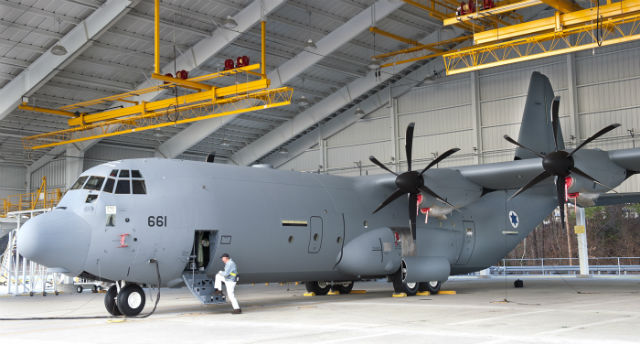 The Israeli air force has also made a formal proposal for an additional two aircraft, and sources say a contract is in the final stages of processing.

Israel's new-generation Hercules have a cockpit configured for three crew members, similar to that used by US special forces. They will also be modified post-delivery to carry some Israeli-produced systems.

Flightglobal's Ascend Online advisory service shows the Israeli air force as having a current active fleet of 16 Hercules, comprising 12 C-130Hs and four C-130Es. The latter are being phased out, while the H-model fleet is receiving structural treatment to extend their use.