General Atomics Aeronautical Systems has delivered its final batch of unarmed RQ-1s to the Italian Air Force, marking the last delivery of the iconic Predator A after two decades of production.

Assembly of the remotely-piloted aircraft officially ended in 2011 upon final delivery of an armed MQ-1 Predator to the US air force, which has since switched to buying the heavier MQ-9, known as the Reaper or “Predator B”.

A spokeswoman for the company says the last Italian aircraft were delivered on the Predator XP assembly line, which is an improved, export-ready derivative of the classic pusher-propeller Predator with the same downward “V” tail and basic airframe. 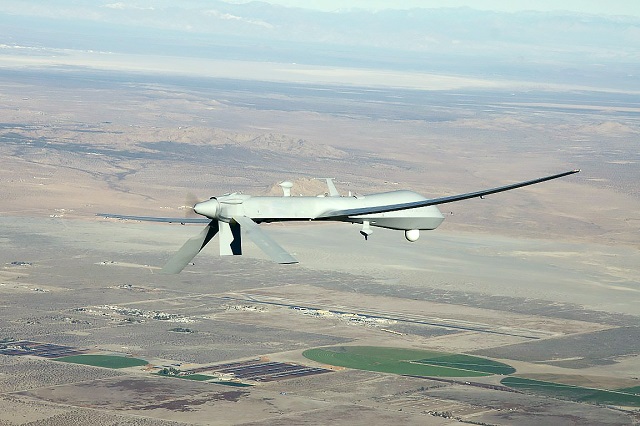 One of the unmarked Italian RQ-1s.

General Atomics says Italy now operates 15 of its unmanned aircraft, but would not reveal how many of each type at the customer’s request. It took delivery of its first RQ-1 in 2004, and has also procured six MQ-9s that were recently approved by the US government to carry weapons.

That suggests a total of nine Italian RQ-1s, which are used for intelligence gathering. The aircraft are particularly active over the Mediterranean Sea and in support of NATO operations.

The manufacturer says the last RQ-1 exited the production line in Poway, California, in September or October. Testing is completed at another site in the Palmdale region.

“Amassing over 2.1 million cumulative flight hours and featuring the highest mission-capable rate of any aircraft in the US air force’s inventory, Predators will continue to keep warfighters safe by equipping them with unparalleled situational awareness for many years to come,” says General Atomics aircraft systems division president Frank Pace.

USAF operates almost 100 MQ-9s and 150 MQ-1s, and is ramping up production of the latter to meet enduring operational demands for surveillance and strike. The service disclosed to Flightglobal in August that it intends to begin retiring the MQ-1 in 2018. 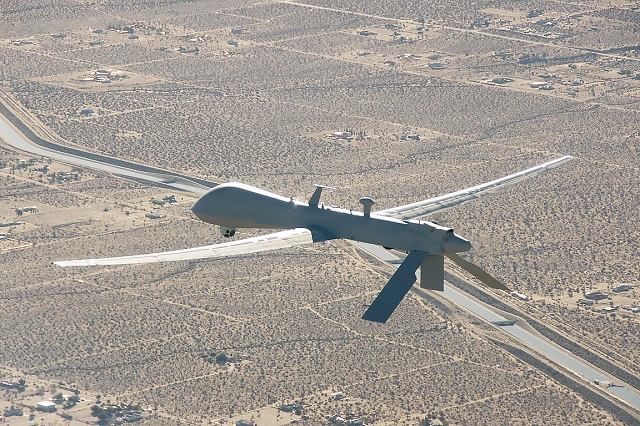 The second, final RQ-1 for the Italian Air Force.