Designated the HH-101A Caesar by Rome, four of an eventual 15 of the Yeovil, UK-built helicopters have so far been delivered to Cervia air base. 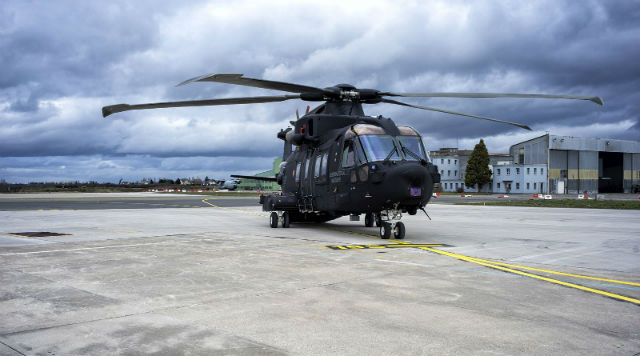 HH-101s are designed for personnel recovery and special forces missions, as well as performing search and rescue, medevac and slow-mover intercept roles.

The 15.6t helicopters feature three M134 7.62 mm pintle-mounted Gatling-type machine guns installed on both sides of the aircraft, as well as on the rear ramp. The Caesar also features an air-to-air refuelling kit for extended range operations.