Kuwait's government is auctioning business jets and VIP aircraft from its Amiri fleet.

The ministry of finance has issued a public invitation for bids on four aircraft – three Gulfstream GV large-cabin, long-range business jets and an Airbus A310-300 VIP airliner – all used for head-of-state and government transportation and operated by state-owned carrier Kuwait Airways.

According to Flightglobal’s Fleets Analyzer database, the Kuwaiti government has a fleet of 13 aircraft, including a G550, two G650s and two Airbus A340s. It is also in line to take delivery of a new flagship, a Boeing 747-8, in the coming months. 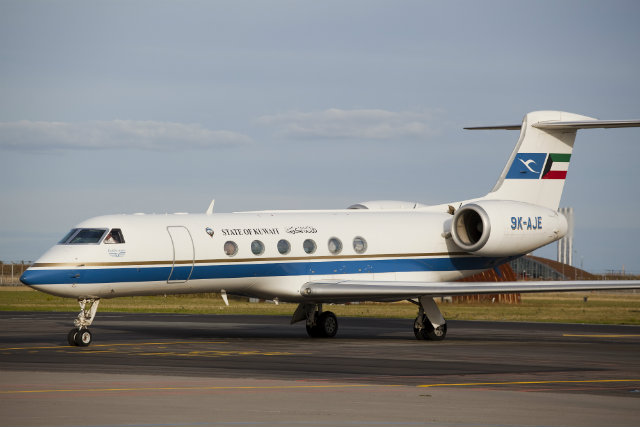 Analyzer records the VIP-configured A310 (9K-ALD) is a 1992-built example. Powered by GE Aviation CF6 engines, the aircraft – serial number 648 – had been ordered for Trans European Airways before being cancelled and taken up by Kuwait instead.

The GVs were delivered new to the government between October 1999 and February 2000.

Four separate auctions will be held to divest the aircraft, from 20 April to 2 May.