Lockheed Martin has completed the delivery of C-130J Hercules tactical transports to South Korea, under the terms of a four-aircraft contract signed in December 2010.

Representing the second batch of two stretched-fuselage Hercules each to have been transferred to the Republic of Korea Air Force, the pair left Lockheed’s Marietta site in Georgia on 30 May. The service’s two other examples (pictured below) were ferried from the location in late March 2014. 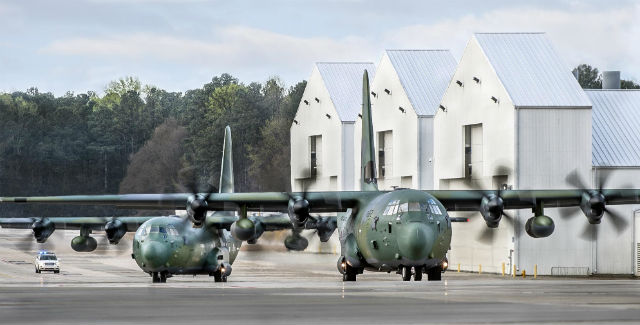 Bolstering an in-service fleet of 12 C-130H transports, the new aircraft are accompanied by a two-year support package, including the training of aircrew and maintenance personnel, Lockheed says.