After jumping through the required regulatory hoops, Lockheed Martin says it has a foreign military sales contract in hand for integration of its “JASSM” cruise missiles for Poland’s F-16s.

Poland is the third international customer for the Joint Air-to-Surface Standoff Missile (JASSM) after Australia and Finland and the contract was awarded May 1, Lockheed tells Flightglobal.

The US State Department has approved the sale of an initial 40 missiles to Poland, according to a notice to Congress in 2014, and the total value of the transaction including test and training rounds and support services is estimated at $500 million.

JASSM carries a penetrating, blast-fragmentation warhead and its stealthy, precision-guided missile body has a range of more than 200nm. A newer version, JASSM-ER, more than doubles that range. 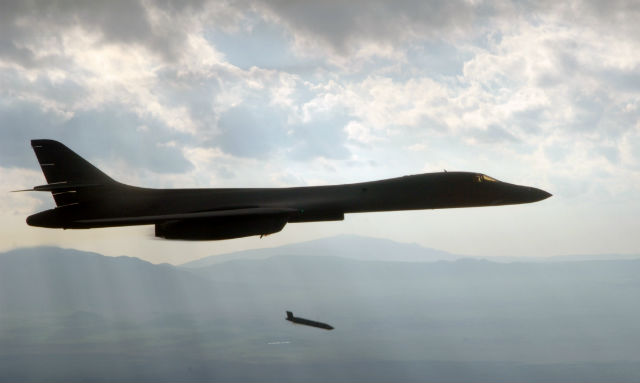 Lockheed Martin Missiles and Fire Control’s director of strike systems Alan Jackson said in an interview that Poland’s Ministry of Defence has expressed interest in JASSM-ER, although no international sales of the newer version have been approved yet.

Jackson say the two versions are 85% common with the same form and fit on the aircraft, but the mission planning software is different given the extended range. So if the two software loads were installed on Poland’s jets now, any future transition to JASSM-ER would be much easier.

“F-16 is getting a software upgrade right now, so if there’s other configurations of JASSM to roll in, now’s a good time,” Jackson says.

USAF is currently transitioning solely to JASSM-ER, and the US government is considering whether to keep producing the baseline version for international customers or approve JASSM-ER export and move to a single type. This decision would also impact Australia and Finland, which procure JASSM for their Boeing F/A-18A/B and C/D Hornets respectively.

Lockheed has been producing JASSM since the late 1990s, and has secured orders for 2,106 missiles across 12 production lots. The company says it has delivered 75 of 160 extended-range missiles ordered by the US Air Force, and the weapon was recently fielded on the Boeing B-1B.

The company has expanded its cruise missile plant in Troy, Alabama to accommodate increased demand, including expected sales to the US Navy of its Long-Range Anti-Ship Missile (LRASM).

JASSM is not slated for integration with the service’s newest jet, the F-35A, until the mid-2020s having not been included in the Block 4 follow-on capabilities rollout.

“JASSM integration is expected in the Block 5 timeframe for the F-35,” a spokeswoman for the company said in an email. “Given our understanding of the [F-35] block upgrade scheduling, that is expected to begin in 2024.”