In a reversal of fortunes, Lockheed Martin and Northrop Grumman have emerged as the principle benefactors of a renegotiated South Korean KF-16 fighter upgrade programme, valued at $2.7 billion.

The US Defense Security Cooperation Agency (DSCA) said in a 15 July statement that Seoul’s second request to upgrade 134 C- and D-model KF-16s with new avionics, weapons and active electronically scanned array radars has been approved by the State Department.

The deal comes after an earlier effort lead by BAE Systems Inc – with Raytheon as the radar supplier – was terminated because of a dispute over the cost.

DSCA says the new upgrade package is worth an estimated $2.7 billion and lists Lockheed Martin and Northrop Grumman as the principle contractors. 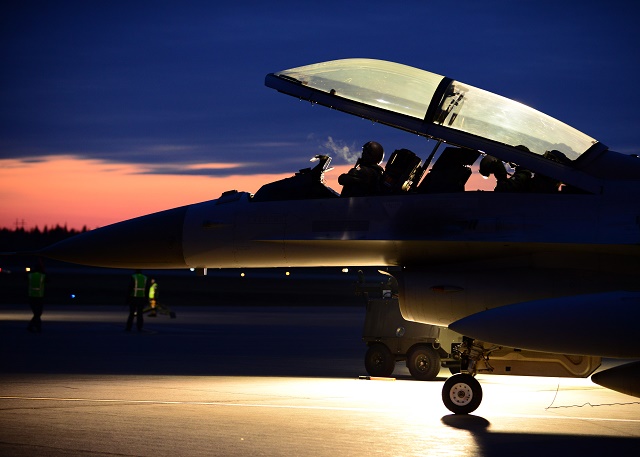 The announcement comes amid a legal dispute between the US- branch of BAE Systems and the Korean government over the previous cancellation.

BAE Systems has been trying to capitalize on the global demand for F-16 upgrades, and saw its South Korea win in 2012 as a strategic victory over Lockheed – the original aircraft manufacturer.

The $2.7 billion cost estimate of this latest deal is about $1 billion higher than was previously negotiated, and is likely to spark a debate over the cost. Clearance by the state department is just one step in the US foreign military sales process, and the final cost is still subject to negotiations between Washington and Seoul.

“The Republic of Korea Air Force is modernizing its KF-16 fleet to better support its air defence needs,” DSCA says. “This upgrade allows the Republic of Korea to protect and maintain critical airspace and provide a powerful defensive and offensive capability to preserve the security of the Korean peninsula and its vital national assets.”