Armed with 50-calibre machine guns and ballistic armour protection, the helicopters operated alongside the service's Mil Mi-17 transport helicopters based at Kabul as part of Operation Iron Triangle on 11 August. 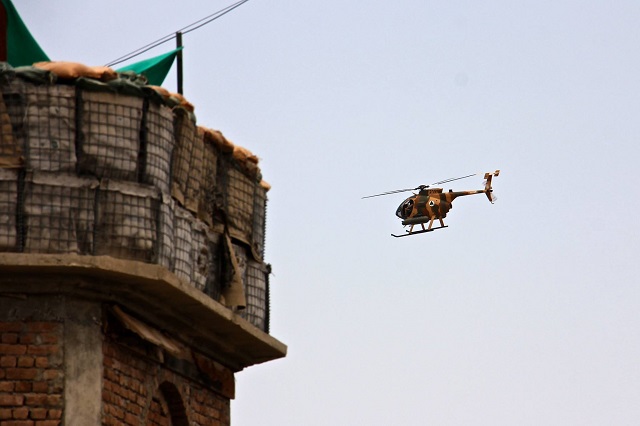 Cayuse Warrior is a weaponised derivative of MD Helicopters’ high-speed, high-altitude commercial MD-530F, which the Afghan military has been operating since 2011 for basic rotary-wing training. The gunship is known locally as “Jengi,” which translates to “Warrior,” according to the 438th Air Expeditionary Wing in Kabul, which shared photos of the operation on its social media account.

“As a model 530F gunship with this particular mission configuration, in service with this particular defence force, Operation Iron Triangle marks the first combat engagements for these aircraft,” says MD Helicopters. “However, aircraft with this specific type certification (369FF) have actively supported combat operations in a number of different environments in service with foreign militaries around the globe.”

Under a $36 million contract awarded by the US Army last September, MD Helicopters was to boost the Afghan’s MD-530F inventory from five to 17 aircraft, and a $44 million contract modification awarded a month later covered the upgrade of the entire fleet to the Cayuse Warrior configuration.

MD Helicopters says the first helicopters were delivered from its production plant in Mesa, Arizona, to Afghanistan in March. The remaining five Afghan training helicopters will be converted at Mesa in the coming months for delivery in early 2016.

“These kits will include a fixed forward sighting system designed to improve the operational accuracy of both the HMPs and the new 70mm [2.75in] rockets,” says MD Helicopters. “The modification of the existing fleet of MD-530F Cayuse Warrior gunships will take place in-country beginning in early 2016.” 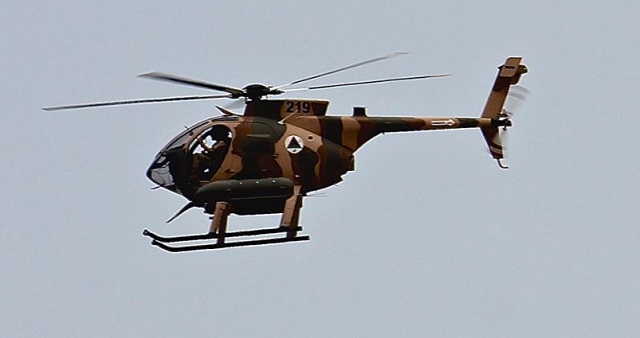