A representative at Global Air, based in Mexico City, confirms to FlightGlobal that the charter carrier's aircraft crashed in Havana.

The aircraft, registered XA-UHZ, is almost 39 years old and was delivered in 1979 to its first operator, Piedmont Airlines.

Cubana had leased the aircraft for the flight from Havana to Holguin today, says Cuban state-owned newspaper Granma. The 737 crashed at 12:08 in Santiago de Las Vegas, about 10km (6.2 miles) from Havana airport, shortly after take off. 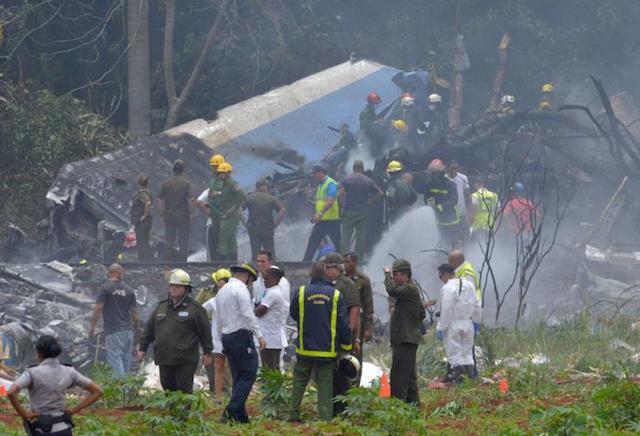 Granma reports that three survivors among the 105 passengers and crew members on board have been sent to local hospitals and are in critical condition. There was one infant and four children among the passengers on board, says the newspaper.

The Cuban airline has been wet-leasing aircraft to operate its flights after it grounded its fleet of Antonov An-158s earlier this year, following a struggle to obtain spare parts for the fleet, which in turn impacted operational reliability. Cuba's civil aviation authority formally ordered the grounding of the aircraft type recently.

Damojh had a fleet of three aircraft including the 737-200 involved in today's accident, says Mexico's transportation ministry.

The charter carrier, which began service in 1990, had undergone routine inspections in November 2017 and had cleared those checks, says the ministry.

It also had the required permits and approvals for the wet-lease operations with Cubana, it adds.