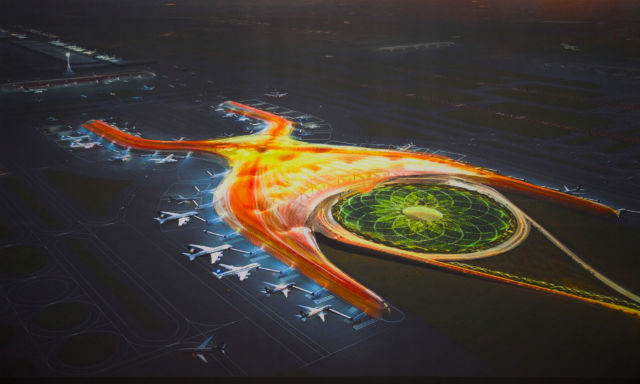 The airport will have three runways and a design capacity of 50 million passengers annually when it opens, a presentation by the Mexican president Enrique Pena Nieto and secretary of communications and transport Gerardo Ruiz on 3 September shows. It will be located near the existing Mexico City Benito Juarez International airport.

The X-shaped terminal with 95 contact gates is designed by Norman Foster and Fernando Romero, the son-in-law of Mexico's richest man and telecoms tycoon Carlos Slim. 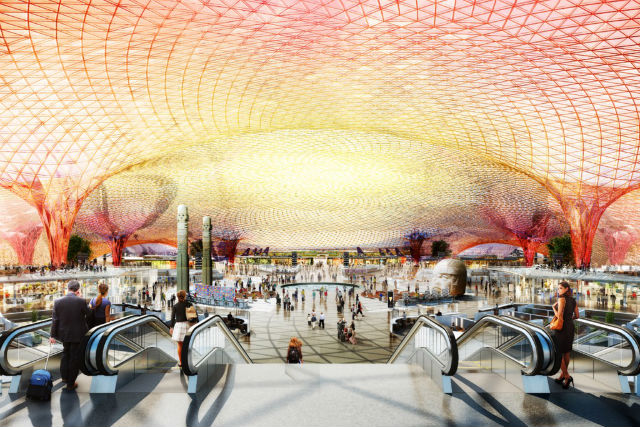 The first phase will have a budget of Ps120 billion ($9.2 billion). However, additional "ground and cargo infrastructure integration projects around the new airport" and a new contiguous "academic and industrial aerospace cluster" are also planned, says the governor of the State of Mexico Eruviel Avila.

A second phase will add get three more runways and additional terminal space to the new airport by 2028. Passenger capacity will increase to 120 million annually.

Avila adds that the airport will be designed to "become the world's first [carbon dioxide]-neutral airport outside Europe", as a comprehensive "green airport" concept based on the use of renewable energies will be implemented.

Pena Nieto says that building the new airport immediately became a priority for his administration when he took office in 2012 as the existing airport is already operating beyond its 30 million annual passengers limit.

"To overcome this situation, I decided that no temporary solutions would make sense and that Mexico needs a world-class airport," he says, adding that it took "exhaustive studies" to determine the best possible location for the new airport.

The airport will be financed from revenue at the Benito Juarez airport and likely the issue of government-backed debt.