Investigators pursuing a criminal case over the destruction of Malaysia Airlines flight MH17 over Ukraine are seeking information about a new image of a mobile missile launcher.

The photograph was "probably" taken on 17 July 2014 – the date on which the Boeing 777-200ER was shot down – in the eastern Ukrainian town of Makiivka, says the Joint Investigation Team.

It shows a Buk missile launcher with camouflage and apparently mounted on a trailer. The five-nation investigation team states that it "presumes" that the photograph captured the vehicle "responsible" for downing the aircraft.

Investigators are requesting information about the vehicles shown in the image and the location it was taken. Prosecutors are trying to build an evidence file with a view to bringing charges against individuals who fired on MH17, which crashed with the loss of all on board. 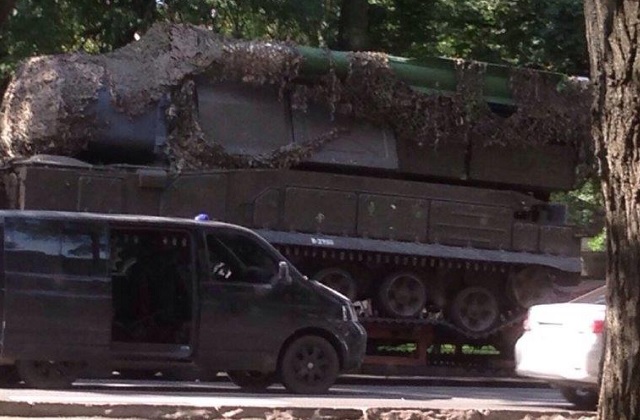