AeroVironment partners with FlightWave to add VTOL to future UAVs

AeroVironment has signed an agreement with FlightWave to add vertical take-off and landing (VTOL) capabilities to its future unmanned aircraft, the company announced on 1 May.

Most of AeroVironment’s current unmanned air vehicle products, such as the Puma AE or Raven AE, are fixed-wing drones that are hand- or catapult-launched, and are used for surveillance. The company only recently began manufacturing drones with VTOL capabilities, including its Snipe small quadcopter and Quantix tail-sitter.

FlightWave’s VTOL technology comes from its Edge product – a hybrid tri-copter fixed-wing UAV, which transitions to forward flight by tilting its two forward rotors and disengaging its aft propeller. The company’s technology will allow AeroVironment’s future UAVs to be stripped down and flown as purely VTOL aircraft as well, says Edmund Cronin, FlightWave’s chief marketing officer. 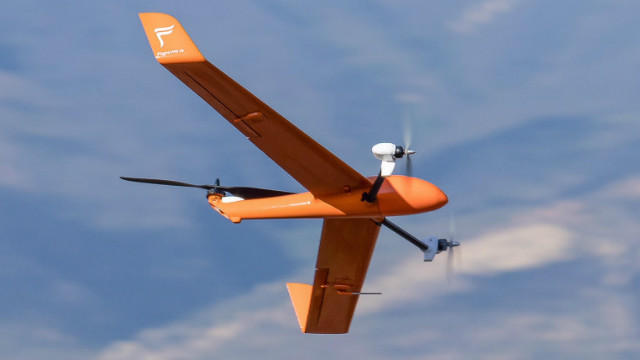 “The wings can be removed and replaced for close-up or under-bridge missions,” he adds.